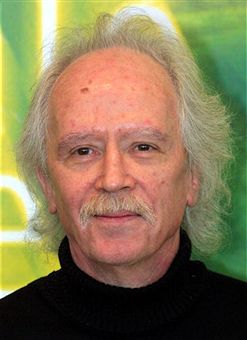 • John Carpenter will direct two-time Oscar winner Hilary Swank in "Fangland," an adaptation of John Marks‘ 2008 novel, which is described as a 21st century reworking of Bram Stoker‘s "Dracula," with a dash of Stephen King‘s "Salem’s Lot" thrown in for good measure.

Sriram Das and Jason Blum‘s Blumhouse Productions are behind the project.

Carpenter has "The Ward" opening in September, starring Amber Heard, Danielle Panabaker, Mamie Gummer and Jared Harris. He last directed two episodes of Showtime’s "Masters of Horror," both written by the writing team of Drew McWeeny and Scott Swan.

The story, written by "The Hangover" team of Jon Lucas and Scott Moore, follows two groups of bank robberts who assault the same bank at the exact same time, and have to decide whether to kill each other or join forces to steal the bank’s money. Dempsey plays a man caught in the middle of the simultaneous stick-ups who tries to protect the teller (Judd) with whom he’s secretly in love. 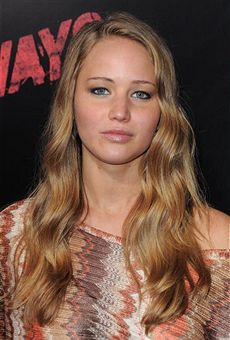 • Jennifer Lawrence and Max Thieriot will star in Mark Tonderai‘s horror-thriller "House at the End of the Street," according to the Hollywood Reporter.

FilmNation and A Bigger Boat are behind the project, which follows a teenage girl (Lawrence) who moves with her mom to a new town and learns that a brutal double murder was committed in the house across the street. She soon befriends the massacre’s sole survivor (Thieriot), after which, things get a little weird.

The project is hoping to be to Alfred Hitchcock‘s "Psycho" what "Disturbia" was to "Rear Window." I’m not sure whether that’s a good thing or a bad thing, but the comparison should help sell the film, whose title is a little too close to the recently remade "Last House on the Left." I mean really, why can’t it upend some silly genre cliches and be the first house on the block?

Film Nation’s Aaron Ryder and A Bigger Boat’s Peter Block will produce with Tim Williams, Hal Lieberman and Jonathan Mostow, who wrote the story on which David Loucka‘s script is based. The producers are eyeing a mid-July start date in Ottawa.

Lawrence has been earning critical acclaim for her performance in Debra Granik‘s "Winter’s Bone." She previously starred in "The Burning Plain," and recently wrapped production on Jodie Foster‘s "The Beaver." Lawrence will also appear in a segment of "Untitled Comedy" with her "Beaver" co-star Anton Yelchin.

Thieriot next stars in Wes Craven‘s "My Soul to Take," which opens this fall. He previously appeared in "Jumper" and tested for lead roles in "The Sorceror’s Apprentice" and "Justice League."

• OddLot Entertainment has hired Stephen Schiff to write a feature film about Albert Einstein, according to the Hollywood Reporter.

Schiff will write an original screenplay based on Walter Isaacson‘s biography "Einstein: His Life and Universe," as well as archived materials at Princeton and Hebrew Universities. Isaacson will consult on the project, which will span from 1902 to 1939, six years after the Nobel Prize-winning scientist emigrated to the U.S. to escape rising Nazism.

Gabe and Alan Polsky of Polsky Films will produce with OddLot’s Gigi Pritzker and Linda McDonough, while Christopher and Jeffrey Cooney will exec produce.

The Polskys acquired Einstein’s life rights in 2007 in a deal that also included access to the Einstein’s personal and professional papers which are part of his intellectual estate that is house at the Hebrew University of Jerusalem, which Einstein co-founded in 1918.

There are no producers attached to the project yet.

Hlavin is writing "Panic" for Mandate and adapting the comic book "The Alibi" for Summit Entertainment. His script "Gunslinger" made Hollywood’s Black List last year, and he’s also writing the next "Underworld" movie.

• And finally, 20th Century Fox has announced it will release "Knight and Day" on Wednesday, June 23, two days earlier than previously planned, as a result of strong reactions at early screenings. The move will allow James Mangold‘s action-comedy to build word-of-mouth and get a jump on Sony’s comedy "Grown Ups."

I think the movie looks great, largely due to the chemistry of its two leads, Tom Cruise and Cameron Diaz, but we’ll have to wait and see if it delivers on the promise of its trailers.

It seems that even a movie starring two A-listers needs as much help as it can get at the box office before "Twilight: Eclipse" casts a large shadow over everything else when it hits theaters on June 30.