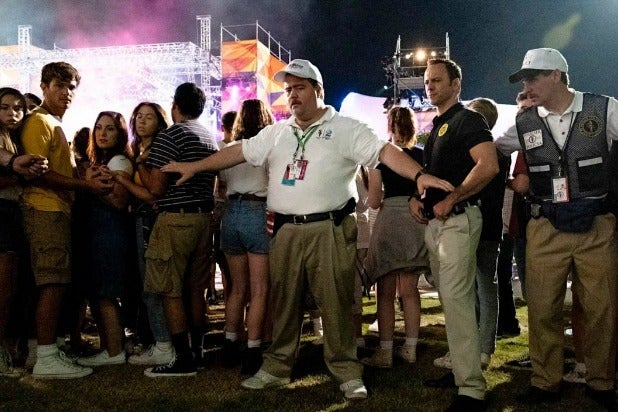 One day after the Atlanta Journal-Constitution and editor Kevin Riley threatened the producers and filmmakers of Clint Eastwood’s “Richard Jewell” over its accusations of “malicious fabrications” in the film, calls to boycott the movie are mounting.

The AJC says the movie version of reporter Kathy Scruggs, a real woman who died in 2001, is written as someone who gets story tips in exchange for sexual favors with an FBI agent and behaved unethically and recklessly. Others — including members of the media — agree.

“Please do not pay to see movies that feature fictional female journalists who sleep with sources for a story. It’s an egregiously sexist, demeaning, insulting trope and at this stage I don’t see an appropriate response other than a flat-out boycott,” Slate’s Mark Joseph Stern said in a Monday afternoon tweet that racked up 1,300 retweets by Tuesday morning.

Stern continued, “It’s 2019. Smart, thoughtful people have condemned this offensive trope loudly and consistently for years. They have persuasively explained why it is abhorrent. Please do not reward Clint Eastwood for deploying it. Do not pay money for RICHARD JEWELL.”

A rep for Warner Bros. had no comment beyond the studio’s Monday statement responding to the threat of legal action from the AJC, which demanded that the filmmakers issue a public statement that acknowledges they took dramatic and artistic licenses with the story, and that a prominent disclaimer be added to the film.

In a statement, Warner Bros. said the film was based “on a wide range of highly credible source material.”

“There is no disputing that Richard Jewell was an innocent man whose reputation and life were shredded by a miscarriage of justice,” the statement read. “It is unfortunate and the ultimate irony that the Atlanta Journal-Constitution, having been a part of the rush to judgment of Richard Jewell, is now trying to malign our filmmakers and cast. ‘Richard Jewell’ focuses on the real victim, seeks to tell his story, confirm his innocence and restore his name. The AJC’s claims are baseless and we will vigorously defend against them.”