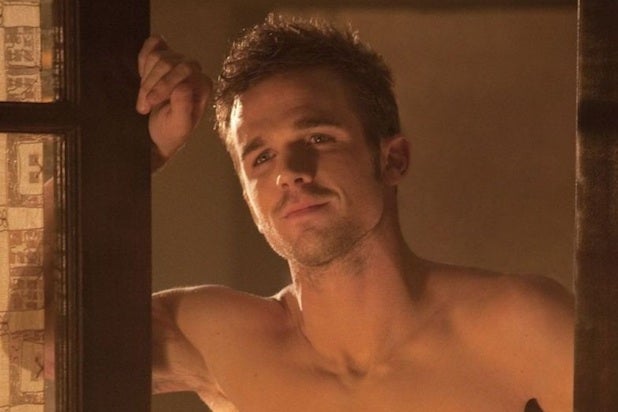 The heartwarming tale of a man whose penis gets a mind (and body) of its own will premiere on VOD on April 1 before it hits theaters on May 2.

Written by Jeff Tetreault, “Bad Johnson” stars Gigandet (“Twilight”) as Rich, a suave Chicago ladies’ man who refuses to take personal responsibility for his inability to maintain a lasting relationship. After his constant infidelities alienate yet another girlfriend (Jamie Chung), he wishes he could say goodbye to his ‘little friend.’ The next morning he awakes in horror to find that his wish has been granted and his penis has taken human form: A disgusting, selfish, oversexed jerk played by comedian Nick Thune. Pitted against his alter ego, Rich must figure out how to rein in his penis, both literally and figuratively, in order to finally learn what separates the men from their boys.

“No bones about it, ‘Bad Johnson’ is much more than the sum of its parts,” noted Melanie Miller, VP of acquisitions and marketing for Gravitas. “Aside from all the hilarious dicking around, the film also has something pretty perceptive to say about matters of the heart. And when it comes to heart, size matters.”

“This is a very unique movie – bold, outrageous, yet very grounded, which is ultimately what makes it so incredibly funny and such a satisfying experience for both men and women,” said producer Reid Brody on behalf of the producing team. “We are incredibly excited to have Gravitas handling distribution, and we know that in their hands our ‘Bad Johnson’ will be positioned to best reach its audience.”

The deal for ‘Bad Johnson’ was negotiated by Miller for Gravitas, James Norrie for The Salt Company International, and Glenn Feig of Reder & Feig LLP on behalf of producers Reid Brody, Danny Roman, and Bill Ryan.

Salt will be selling the international rights to the film at the 2014 Berlin Film Festival market, having already closed deals in numerous territories including Germany (Tiberius), Portugal (Lusomundo), Australia (Rialto), CIS (Premium Films), Greece (Tanweer) and the Netherlands (A-Film).