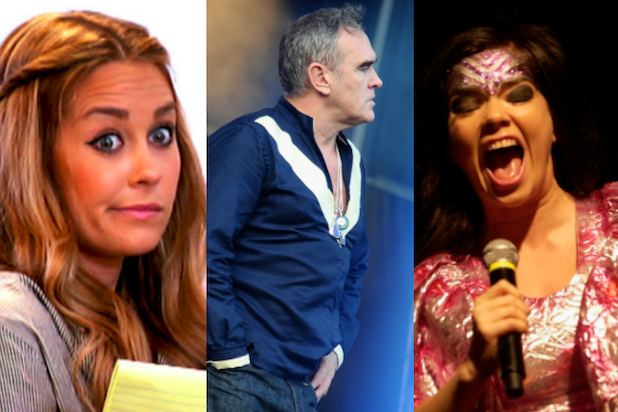 Turns out you can learn a lot about people based on which music or TV shows they “like” on Facebook… Enough to sway their votes.

A 2015 study of Facebook “likes,” conducted by Stanford University and Cambridge University’s Psychometrics Center — recently highlighted by The New York Times reporting on the Cambridge Analytica scandal — showed how researchers were able to determine people’s personalities based solely on their Facebook “likes.”

Why does that matter? Because it was that very research that the now disgraced Cambridge Analytica used to sway voters during the 2016 presidential race, according to the Times.

For example, people who “liked” Björk and surrealist painter Salvador Dali tended to be the most open-minded, while those who hit the “like” button for MTV’s “The Hills” and country crooner Luke Bryan tended to be least open.

Those considered “most agreeable” tended to read the Bible and listen to Rascal Flatts, while the “least agreeable” went for songs by Placebo and Rammstein.

The study used a Facebook app called myPersonality,” based on a 100-question quiz developed by the Psychometrics Center. According to the Times, the 70,000 people who respondents to the quiz gave the app access not only to their own Facebook profiles but those of all their friends’ as well, allowing researchers to study how the different personality traits related respondents’ “likes” on Facebook.

Analysts then used the data to build an algorithm that could predict people’s behavior based entirely on Facebook “likes.”

The Times reported Saturday that Cambridge Analytica tried to get the algorithm directly from the researchers at the Psychometrics Center but they declined. Instead, the data firm contacted another researcher at Cambridge University who was familiar with the original study to adapt the personality modeling approach.

The firm then went on to harvest data from more than 50 million Facebook users, who weren’t even aware their data was being mined, and used it to target American voters during the 2016 presidential race by mirco-targeting specific ads that played on their fears.

You can see the full summary of the findings here.