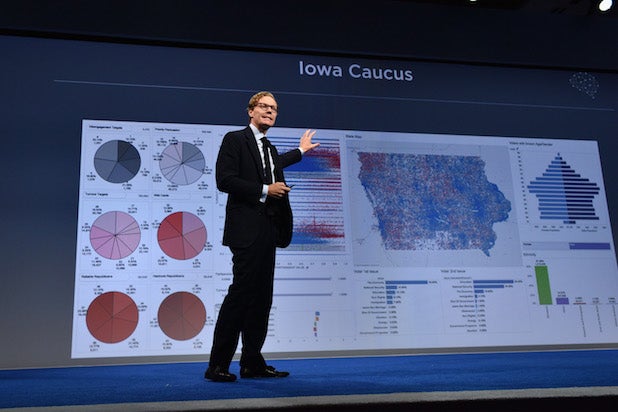 Cambridge Analytica, the data company hired by President Trump’s 2016 campaign, announced on Wednesday it is closing its business after it said it misused Facebook user information.

The British political firm announced it had “filed applications to commence insolvency proceedings in the U.K.” and was “immediately ceasing all operations.” Cambridge Analytica added “bankruptcy proceedings” would soon take place in the U.S.

The story was first reported by the Wall Street Journal. Staffers were told to return their computers, according to the WSJ.

Cambridge Analytica has been losing clients since March, according to the Journal, when it was pegged to the massive Facebook data leak. The political firm paid University of Cambridge professor Aleksandr Kogan for data on the personality makeup of millions of Facebook users leading up to the 2014 midterm elections. Facebook revealed last month up to 87 million users had their profile information unknowingly grabbed.

“Over the past several months, Cambridge Analytica has been the subject of numerous unfounded accusations and, despite the company’s efforts to correct the record, has been vilified for activities that are not only legal, but also widely accepted as a standard component of online advertising in both the political and commercial arenas,” the firm said in its announcement.

Cambridge Analytica went on to use its harvested data to assist the Trump campaign during the 2016 presidential election. The firm pulled in $15 million during the 2016 election cycle, but has failed to grab a single dollar from an American political client since then, according to the WSJ.

Soon after Cambridge Analytica’s data grab was revealed in March, the firm suspended CEO Alexander Nix after the exec was caught bragging about using bribes and sex workers to entrap politicians on behalf of his clients. The firm opened an investigation into whether Nix had acted inappropriately; the investigation concluded on Wednesday, with the firm concluding the unsavory accusations were not “borne out by the facts.”