It’s James Cameron or Kathryn Bigelow. That much seems obvious.

When the Directors Guild of America hands out its awards on Saturday night at the Hyatt Regency Century Plaza, the top honor will almost certainly go to the man who worked for a decade to make the technically dazzling blockbuster “Avatar,” by some measures the most successful movie of all time … or it’ll go to his ex-wife, who braved 120 degree temperatures and a tough Middle East location to make the gritty, naturalistic “The Hurt Locker,” the most acclaimed movie of the year.

Jason Reitman ("Up in the Air"), Quentin Tarantino ("Inglourious Basterds") and Lee Daniels ("Precious") all have their advocates, but this race comes down to Cameron or Bigelow. But which one? 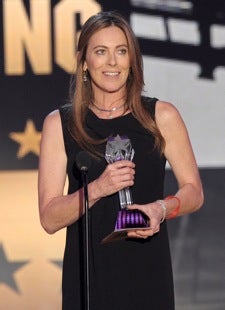 Most awards watchers used to think think Bigelow had the upper hand: while Cameron won Best Director and "Avatar" was named Best Picture – Drama at the Golden Globes, Bigelow’s film took home top honors from the Producers Guild and the Critics Choice Movie Awards, as well as numerous prizes from other critics groups.

The PGA award was particularly noteworthy, since the conventional wisdom said that the way “Avatar” has energized moviegoers would win over a group that is understandably impressed by commercial success. When “The Hurt Locker,” the lowest-grossing of the nominees, scored its upset victory, “Avatar” no longer seemed so invincible – and the DGA award, which many thought was already tending toward Bigelow, seemed to be hers for the taking.

But Cameron is still a formidable competitor, and in the past day or two a groundswell of pundits have been suggesting that he’s regained the upper hand. One of the factors that may well have helped “The Hurt Locker” at the PGA awards is that the producers, like the Academy, use the preferential system to tally their final best-picture ballots; that system works against “love ‘em or hate ‘em” films, a category that may well include “Avatar.” 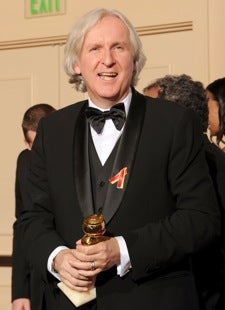 The DGA, on the other hand, uses a straight count – and it’s certainly possible that enough members are impressed by the scale of Cameron’s achievement to give him the edge.  I spoke to a friend who’s a member and former DGA winner and is active within the guild, and that was his take: discerning voters would go for Bigelow and the other nominees, while the "mass of voters" would "jump on the ‘Avatar’ bandwagon."  (He is not a fan of that film.)

I understand the arguments and wouldn’t be surprised if they’re right.  But I’m sticking with my feeeling that “The Hurt Locker” will pull this one out — that for a variety of reasons, including the simple fact that she made the better movie, Kathryn Bigelow will become the first woman to ever win the DGA feature film award.

This will immediately make the odds-on favorite to win the Oscar for Best Director, given the remarkable overlap between the two awards: only six times since 1948, the DGA loves to point out, has its winner not gone on to win the Oscar.

Still, it’s worth pointing out that two of those six times came in the past decade, and that the membership of the DGA and AMPAS differ dramatically.

The Directors Guild is made up of more than 13,000 members, so obviously it’s a far larger, more diverse group than the directors branch of the Academy (which contains 375 members). Many of the members work in television, not feature films — and another crucial difference that usually goes unremarked upon is that the DGA represents not only directors, but associate directors, assistant directors, stage managers and unit production managers as well, all of whom can vote.

In fact, the DGA awards salute not just the director, but the entire directing team. The nominations for the five feature-film directors, for instance, also include teams that range in size from three (Bigelow and Cameron) to six (Reitman and Tarantino) to nine (Daniels).

In some television categories, those numbers increase dramatically: the team that worked with Roger Goodman, who was nominated for directing last year’s Academy Awards show, consisted of nine associate directors and 15 stage managers.

Incidentally, Bigelow and Cameron, along with Reitman and Tarantino and Daniels, will all get to take the stage at the DGA Awards, and they’ll all get to make acceptance speeches.  The guild calls every nominee (and his or her team) to the stage, gives them their nomination plaque, and lets them speak — and only then, when everyone’s had a moment in the spotlight, do they announce the winner.