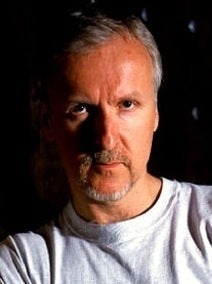 The deal, announced by both parties on Friday, comes on the same day that 15 minutes of "Avatar" are being shown for free on IMAX screens across the country.

Panasonic is hoping the collaboration will push the electronic company’s reputation as a 3D leader within the industry.

Within the next month, Panasonic will have a number of trailer-vans driving around the U.S. and Europe with big-screen 3D TVs inside showing "Avatar." Footage from "Avatar" will also appear in ads for 3D TVs in Japan.

The promotion is no doubt an effort to find a home for the glut of 3D films hitting theaters that don’t have a real home after their run on the big screen.

Currently, you can get 3D on all existing TVs and DVD payers, but it’s a patchwork system that uses a different process and doesn’t near match the quality that appears in theaters. For that, consumers need 3D-ready TVs and players.

"You need the content in order for the consumer electronic companies to do a big push around the TVs," Rick Heineman, a spokesman for RealD, which develops digital cinema equipment for 3D movies and currently owns about 90 percent of North American market share and 75 percent of global market share of 3D-enabled multiplex theaters, told TheWrap earlier this year. "It’s similar to what happened in the theater space — theater’s weren’t going to put in 3D until they knew the movies were going to be there."

Currently, there are roughly 2 million homes that have the capability of handling 3D content — a number many electronic companies say isn’t big enough to serve as a strong indicator of interest in the market. In fact, Philips recently cut its 3D display division after nearly three years of development because it didn’t feel the market looked promising enough.

In fact, the company — which has been hurt by its plasma business as LCD screens continue to gain popularity — is planning a major 3D home entertainment push, including the rolling out of a 103-inch plasma 3D. In February, Panasonic established its own R&D labratory to help studios develop 3D Blu-ray technology; more recently, the company in April announced it is developing a professional 3D full HD production system, which includes a camera recorder and HD plasma display for filming 3-D films and TV shows.

There are already some 3D models in the marketplace. Samsung and Mitsubishi sell rear-projection 3D TVs and Hyundai has a 46-inch. LCD TV — but it’s only offered in Japan. Others have plans in the works: in May, LG said it is developing a 23-inch 3D screen.

To watch 3D content on those TVs, one has to purchase a separate accessory kit (Samsung’s own runs $129), which includes software to install on a PC, one pair of shutter glasses and an emitter to connect your TV to your computer.

The moves no doubt have been caused by the success of 3D in theaters: box office tracking has shown that consumers seem willing to pay a premium of up to 50 percent more for tickets to 3D films. In May, Disney/Pixar’s "Up" pulled in $68 million in its opening weekend with 3D theaters outperforming 2D by a 2.2:1 ratio, while Lionsgate’s recent horror flick "My Bloody Valentine" brought in $27 million in its first weekend, with 3D showings accounting for more than 6 times the revenue from 2D screens.

Meanwhile, there are a number of 3D films slated to hit theaters within the next few months: Disney’s "X-Games 3D: The Movie" and Warner Bros. "The Final Destination" this month, as well as a slew of animated pictures like "Cloudy With a Chance of Meatballs" a "Toy Story" and "Toy Story 2" double feature and "Astroboy" before the end of the year.