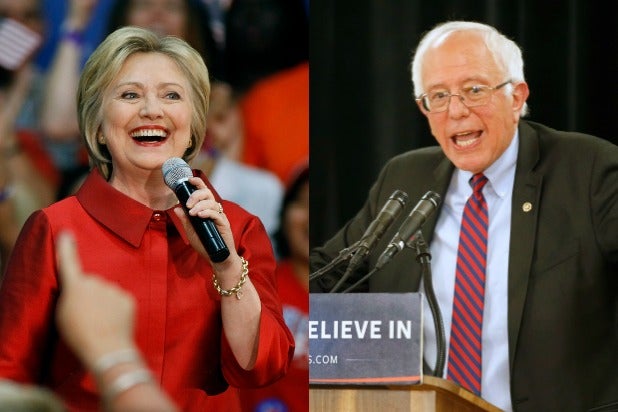 Hillary Clinton has secured the Democratic presidential nomination, making history as the first woman to lead a major party ticket. But she still has an obstacle to overcome within her party — winning over Bernie Sanders supporters.

Can she do it? We asked prominent Democrats we ran into at the Democratic Convention in Philadelphia what they thought of her chances. We’ll update this story as we talk with more.

Jerry Springer, Clinton supporter, talk show host and former Cincinnati mayor:
“Yeah, eventually. I think there are going to be some Sanders people that aren’t going to vote for her or aren’t going to vote at all. But I think most will eventually come over. And I think that in the end, the great unifying factor will be Donald Trump, when people realize, ‘Oh my God. We can’t seriously have Donald Trump as president of the United States and leader of the free world.

“I don’t think there’ll be a major problem. And we’ve had these disagreements at every convention I’ve ever been at except when you have an incumbent president.”

As Springer spoke with us, people passing by chanted “Jerry, Jerry,” just like audiences did on his talk show.

Dennis Kucinich, Sanders supporter, former Ohio congressman and presidential candidate:
“Well, Bernie Sanders can endorse his endorsement and he did. But he may have trouble delivering the movement that he helped to catalyze. So it remains to be seen. We all want unity. We all want not just to bring the party together but to bring the country together. But that’s going to be the responsibility not just of Bernie Sanders but of Hillary Clinton as well. Let’s see what happens in the next few days.”

We asked what Clinton would need to do to get his vote.

“Stop the interventionism … I’m for the principles which Bernie Sanders stood for during the campaign. I have to hear more from Secretary Clinton. I’m not convinced yet. I’ve known her probably longer than you’ve been on the planet. So I want to hear more.”

Gray Davis, Clinton supporter and former California governor:
Davis worked with Gov. Arnold Schwarzenegger on environmental issues after the “Terminator” star led a recall campaign against Davis and replaced him. Davis said if he and Schwarzenegger could work together, so could Sanders and Clinton backers.

“Absolutely. Bernie is a change agent and is equally responsible with Hillary for the most progressive platform the Democrats have adopted in my lifetime. When Hillary wins, Bernie’s legacy will live on.”