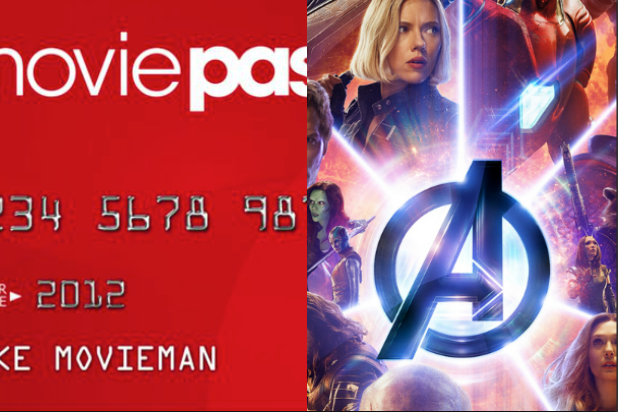 For several months now, MoviePass has boasted about how offering its 2 million-plus subscribers daily movie tickets for $9.95 per month has boosted theater attendance.

But the arrival of a blockbuster-loaded summer season brings a brand new challenge to the disruptive service that loses money every time one of its users actually buys a ticket — and whose parent company lost $150 million in 2017 when its subscriber base was significantly smaller, mostly due to the costs of acquiring MoviePass.

This weekend’s “Avengers: Infinity War” is the first of many likely eagerly awaited studio movies due to hit theaters, including “Deadpool 2” and “Solo: A Star Wars Story.”

MoviePass faces two costly challenges: rolling out a marketing campaign in hopes of reaching a year-end target of 5 million subscribers and not losing too much money on each subscriber since the service typically pays theater owners full price for each ticket.

The average ticket price as estimated by the National Alliance of Theater Owners (NATO) is currently at just under $9, and while that is lower in many Midwest theaters — a region where MoviePass is heavily expanding its marketing — it is much higher in major markets like Los Angeles and New York.

There are signs that the company recognizes its dilemma, introducing new restrictions this month. Last week, the company barred repeat visits to the same movie. And in the last month, new subscribers have been limited to just one ticket per month (instead of one per day) under a new bargain plan that also bundles a three-month subscription to iHeartRadio’s music streaming service for just $6.99 per month.

“We are exploring different options for future plan offerings, always taking our users’ usage patterns and preferences into consideration,” the company said in a statement but company execs told TheWrap last week there was no timetable for when the unlimited subscription would be offered again.

In addition, the site’s terms of service does say the company “reserves the right to change from time to time the number of eligible movies a member can see per month.”

Meanwhile, the long-term outlook for MoviePass still has some theater chains worried, even those who have entered partnerships with the company.

“On a general level, we’ve been pleased with our partnership with MoviePass. We’ve certainly seen it being used in our cinemas, but the long-term risks are something we’re aware of,” said one executive from a regional theater chain who spoke with TheWrap on condition of anonymity.

“We don’t know exactly how many sales come from MoviePass. It just comes out as a ticket sold on our charts. But I’d have to imagine they lose money on almost every ticket and I do wonder if they could keep up with summer demand.”

MoviePass officials also said they were meeting with more chain owners at last week’s CinemaCon convention to line up additional partnerships and possibly deals for a share of concessions revenue from the MoviePass subscribers coming in the cineplex door. Some chains, particularly industry leader AMC, have openly voiced their opposition to MoviePass.

“This has been a really important week for us because we’ve able to sit down with a lot of owners face-to-face and really answer their concerns on an individual basis,” chief marketing officer Natasha Mulla told TheWrap.

Meanwhile, John Fithian, president of the National Association of Theatre Owners, said the organization has concerns about subscription plans, particularly their sustainability.

“If a plan goes under, you have millions and millions of subscribers who are disappointed, and they come and complain to us,” Fithian said. While these comments were made about subscription plans in general, they echo criticisms AMC has made about MoviePass since the price drop was announced.

That sustainability was thrown into question after SEC filings released in April revealed that MoviePass owner Helios & Matheson lost $150 million last year — much of it coming from MoviePass — and independent auditors expressed “substantial doubt” about the program’s ability to continue to operate.

“Our auditors’ doubts are based on our incurring significant net losses and our working capital position,” Helios & Matheson said in the filing. “Our ability to continue as a going concern will be determined by our ability to obtain additional funding in the short term to enable us to continue the development and integration of our MoviePass business.”

Despite all this, MoviePass’ execs still say they’re confident they can reach their goal of 5 million subscribers by 2019 and said they have $300 million in financing as they continue to sustain losses as they scale up their subscriber base.

“A lot of people talk themselves out of going to a movie. They think, ‘Am I going to like it? Is it worth the high ticket price?’ We want to get rid of that,” MoviePass CEO Mitch Lowe told TheWrap in a recent interview. “The fact that people are getting on board so fast shows that we’ve hit on something, and of course when something moves so fast, it’s going to be uncomfortable for a lot of people in the industry.”