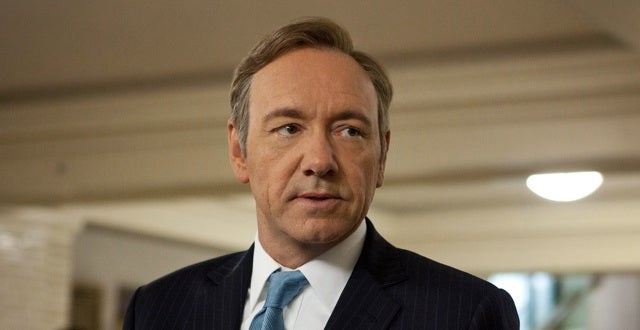 Netflix's stock is surging after the home-entertainment company shattered Wall Street's expectations this week — announcing that it added more than 3 million new subscribers during the first quarter of the year.

In response to its sterling quarterly report, Netflix's shares hit a 52-week high and were trading at $216.52 as of mid-day on Wednesday. That's evidence that Netflix has restored some of the luster it lost when an ill-considered plan to spin-off its DVD by mail service and raise subscription prices prompted a stock nose dive.

The company's strong worldwide subscriber growth proved to many investors that the company's bold and expensive bet on original programming — such as the Kevin Spacey political thriller "House of Cards" and the upcoming "Arrested Development" reunion — is paying off.

By gambling that it could become a feasible content creator, Netflix has separated itself from an increasingly competitive streaming market, as well as from a dwindling rental market for DVDs.

It may not have Amazon's or the Google-owned YouTube's deep pockets, but it can claim to have pioneered territory in the next great wave of digital programming: producing high-quality shows that debut on the web instead of premiering on broadcast or cable stations.

"Netflix had to focus more on original and exclusive content," Eric Wold, an analyst with B. Riley and Company, told TheWrap. "For awhile they said non-exclusive content was cheaper and their system was better, but everyone else was taking on the non-exclusive stuff and it was becoming ubiquitous. The fact that they've decided to focus on exclusives and originals is giving subscribers a reason to stay with Netflix."

Indeed, this strategy is positioning Netflix to be the internet-era HBO. At least by one measure, Netflix is in the lead, as the company's 29.17 million total subscribers in the U.S. over the period eclipses the 28.7 million subscribers HBO numbered at the end of last year.

Moreover, the launch last week of its third original show, the horror-infused sudser "Hemlock Grove," had more viewership in its initial weekend than "House of Cards" with a fraction of the marketing spend, Wold said.

Not everyone thinks Netflix can keep up the momentum. Michael Pachter of Wedbush Securities cautions that Netflix will have a hard time maintaining the subscribers who joined the service because they were eager to see the Bluths back in action.

"We remain convinced that Netflix’s domestic addressable market is approaching saturation, and expect competition to weigh heavily on the company’s potential to grow," Pachter wrote in a note to investors. "We also believe that the net subscriber additions were aided, in part, by an acceleration of future subscriber growth, and believe that once Netflix customers have viewed these two original series, many of them will consider churning out again."

Michael A. Yoshikami, chairman and CEO of Destination Wealth Management, agreed that there are dark clouds on Netflix's horizon despite the impressive subscriber growth. In particular, he believes the cost of licensing and producing shows will continue to climb and will only be offset by eventually raising prices.

The cost of producing "House of Cards," for example, was rumored to be $100 million, while a deal to license Disney movies is estimated to have cost between $350 million to $500 million.

A similar deal for Warner Bros. shows is estimated to cost $150 annually. Many of these pacts are heavily back-ended, Yoshikami and Pachter argue, which means the bill will come due farther down the road.

"As they try to become HBO, it’s going to become more and more expensive to produce programming like HBO," Yoshikami said. "It certainly has a lot of opportunities, but the cost of programming is going to cut into Netflix's profits."