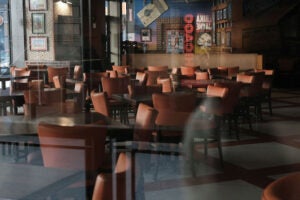 ”I imagine the Substack execs won’t be sleeping that much in the near future,“ one industry analyst says

The newsletter company that’s drawn in high-profile writers and journalists like Patti Smith, Roxane Gay, Anne Helen Peterson and Casey Newton is going big with a new round of venture capital funding, but can Substack successfully live up to its new $650 million valuation?

Last week, the newsletter company announced it had agreed to a $65 million Series B funding round led by Andreesen Horowitz’s Andrew Chen, placing Substack at a roughly $650 million valuation. Andreesen Horowitz also, notably, led a $100 million Series B funding round earlier this year for the live audio app Clubhouse, which is in talks for another round of funding at a $4 billion valuation, Bloomberg reported on Tuesday.

“I imagine the Substack execs won’t be sleeping that much in the near future,” Gabriel Kahn, a professor at the University of Southern California’s Annenberg School, told TheWrap in an email.

Substack, in a recent blog post, said it would use the new funding in the following ways:

But with the extra backing from Andreessen Horowitz, known for its early investments into companies like Airbnb, Facebook and Slack, industry observers who spoke with TheWrap said they aren’t convinced Substack’s growth can sustain or scale at this level.

Also Read: Understanding the Substack Boom and What It Means for Media

“I just don’t know how they hang on to this market position when the product itself is not that complicated,” Kahn said. “Now, with the additional investment, they have to keep the VC folks happy, and they are always hungry for a lucrative exit. That puts some real-time pressure on Substack. So they are caught between wanting to hang on to their top talent, which drives the vast majority of their revenues, and trying to get lots of smaller players to sign up immediately. If they try to squeeze their top performers (where all the money is), those guys will bolt to other platforms.”

Unlike other platforms like Facebook and Twitter, Substack — at this point — does not “lock in” users by holding on to their audiences or communities if they choose to leave, David Cohn, a senior director at Advance Digital, told TheWrap. Whereas someone with a large Twitter following would lose all their followers if they decided to quit the platform, Substack writers can easily export their mailing lists and retain their readers. The question for Substack, then, is whether they can make the appeal of staying on their platform — or the cost of leaving — high enough so that their top talent doesn’t leave.

“It’s got to be a product solution, and it’s got to be something that no other email providers can provide,” Cohn said.

An acquisition at this stage wouldn’t make much sense, another industry analyst said, since the writing talent that drives the money behind Substack isn’t guaranteed to stay.

“You’re buying the engineering talent but you’re not buying the writing talent if you were to acquire Substack,” Jeremy Gilbert, a professor at Northwestern’s Medill School of Journalism and The Washington Post’s former director of strategic initiatives, told TheWrap.

Gilbert said, if anything, Substack may be looking to acquire other technologies to help round out its offerings to boost its appeal to writers, which could “ironically” make it go from email newsletter platform to a “more holistic media publisher.” But as the company figures out its next steps, tech giants like Facebook and Twitter will be narrowing in with their own competing newsletter services.

And with pressure coming from all sides, time is of the essence for Substack.

“Substack has an opportunity right now, but they don’t have long to take advantage of it,” Gilbert said. “This isn’t a slow-burning mystery. I think, relatively soon, you’ll either see competition or explosive growth out of Substack, and then we’ll know the answer to the story. But I don’t think we’re going to be waiting long.”