Global News’ Farah Nasser got choked up on air this week, but not because of the emotional story she was reporting. The Canadian anchor inadvertently swallowed a fly, live on air.

Nasser later appeared on ET Canada to discuss the incident, where she proclaimed it “was gross, so gross.”

She elaborated, “I saw it flying around at the beginning of the news … and I was like, ‘Not today, fly. I’m not gonna let you distract me.'” Nasser said she was more concerned about the fly flying into the lens and the next thing I knew, it was just in my throat. You can’t even see it in the video. It was so sneaky, this fly.” 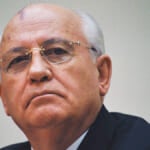 Also Read:
Did Mikhail Gorbachev Really Star in a Pizza Hut Commercial in the ’90s? (Video)

Nasser confirmed, “Yeah, I did swallow it,” and that she tossed the segment over the reporter’s piece because she couldn’t finish delivering “another paragraph” to her intro.

In the clip, which she shared to Twitter, she goes from serious news mode to startled, then a little panicky, then resigned to the fact that she just swallowed a fly. She stoically finishes her segment about the devastating floods in Pakistan, still gagging a little.

Nasser wrote in her tweet, “Sharing because we all need a laugh these days. Turns out it’s not just @fordnation, I swallowed a fly on air today. (Very much a first world problem given the story I’m introducing).”

She told ET Canada that the moment has gone viral because “people just want something to laugh at,” and doesn’t mind that it’s at her expense. Nasser added, “I might be good on ‘Survivor.’ Even though it really grossed me out, I handled it.”

Her on-air bug encounter follows that of Canadian politician Doug Ford, who managed to swallow a bee that interrupted an outdoor press conference last month. 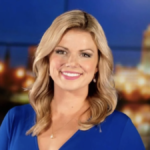