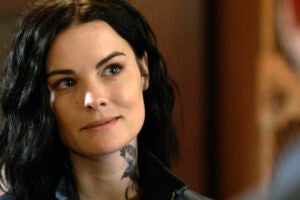 I’ve been seeking to tease out the strongest argument on behalf of cancel culture – because why champion one kind of speech to the exclusion of another?

For weeks now, I’ve been seeking a reasoned defense of cancel culture, the notion that people, brands, shows, movies should be essentially disappeared because of views that some (or even many) consider to be offensive. This has been scaring the hell out of me.

What is the argument, I wondered, that would seek to champion one kind of speech — the “correct” kind of speech — and cancel another? What gain is to be made by sacrificing the singular, foundational principle of a free society — free expression — to the value of racial equality or other deserving measures? And why is that exchange binary?

So I read with great interest the group letter published last week in Harper’s magazine led by writer Thomas Chatterton Williams, reaffirming the principle of free speech and warning against “an intolerance of opposing views, a vogue for public shaming and ostracism, and the tendency to dissolve complex policy issues in a blinding moral certainty.” 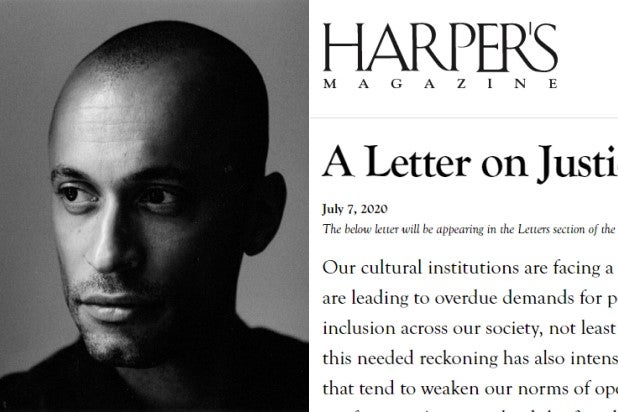 And I’ve paid close attention to the backlash against the letter, everything from two signers removing their names post-publication, to 160 journalists and writers signing onto a response published on The Objective that observed: “The irony of the (Harper’s) piece is that nowhere in it do the signatories mention how marginalized voices have been silenced for generations in journalism, academia, and publishing.”

In addition, New York Times columnist Charles Blow tweeted this: “THERE IS NO SUCH THING AS CANCEL CULTURE. There is free speech. You can say and do as you pls, and others can choose never to deal this (sic) you, your company or your products EVER again. The rich and powerful are just upset that the masses can now organize their dissent.”

I’ve been seeking to tease out the strongest argument on behalf of cancel culture — and just because Charles Blow says there’s no such thing that doesn’t mean that the phenomenon doesn’t exist.

I have a bunch of problems with the response letter, since its arguments seem so weak:

• They complain about what the Harper’s letter doesn’t do — “The content of the letter also does not deal with the problem of power,” the counter-letter says — rather than address its central argument against weakening “our norms of open debate and toleration of differences in favor of ideological conformity.”

• They aim to undermine the letter by making judgments about the signers (calling many of them “white, wealthy, and endowed with massive platforms”) rather than addressing what the signers say. Additionally, that characterization is a distortion of the signers’ identities, which includes Williams himself, an African-American, and other people of color and individuals like Rushdie who have suffered for their commitment to truth-telling.

• While vaguely acknowledging that constricting information and ideas is “real and concerning,” the response argues that the examples of “so-called cancel culture” are “not trends.” So in the the writers’ judgment, their view of what is or isn’t a trend prevails? Of note: numerous signers of the response letter declined to publicly identify themselves by name, sometimes citing NDAs or other rules of their employers, a tacit acknowledgement of this tense environment.

• Most unconvincingly, the letter launches broad and unfounded accusations that lead to sentences like this: “There are only so many outlets” — literally untrue given the proliferation of content on Medium, Twitter and Facebook — “and while these individuals have the ability to write in them, they have no intention of sharing that space” — says who? — “or acknowledging their role in perpetuating a culture of fear and silence among writers who, for the most part, do not look like the majority of the signatories” — another breathtaking, unfounded slam. The letter continues, without supporting evidence: “When they demand debates, it is on their terms, on their turf.”

The letter did not convince me. The Objective signatories instead addressed multiple other matters, many of them personal in nature, rather than the substance of the Harper’s letter’s warning. They essentially said of cancel culture: “It’s a thing, sure, but it’s not a trend we need to really worry about.”

There is a stronger argument from those who say worries about cancel culture is merely an excuse to avoid the consequences of free expression. The New Yorker’s Jelani Cobb, whose intellect I revere, tweeted this comment: “Amazing how often I hear people say they are defending ‘free speech’ when what they are actually defending is impunity.”

Amazing how often I hear people say they are defending “free speech” when what they are actually defending is impunity.

Well, I want to be free to disagree with Cobb but I don’t want to lose my job for doing so.  Fundamentally, the disconnect here strikes me as frustration over so many decades of marginalized communities being shut out of our public discourse. Especially when we learn that someone like Blake Neff, who for years has been sharing nakedly racist and sexist views online anonymously, has been serving as the top writer for Tucker Carlson’s primetime Fox News show. (He resigned when he was exposed last week.)

Why can’t we agree that as a society we must make a concerted effort to find and amplify the voices of those who have been marginalized — from Black or Latinx or Native American or transgender or disabled or part of some other group that has been outside the mainstream conversation? And that doing so need not require stifling the voices of others?

And why diminish the reality that “consequences” are being doled out by the loudest and most insistent voices on Twitter? How is that a good thing?

As Andrew Sullivan recently wrote in New York magazine: “There is an increasingly ferocious campaign to quell dissent, to chill debate, to purge those who ask questions, and to ruin people for their refusal to swallow this reductionist ideology whole. Liberalism…. It is a spirit that deals with an argument — and not a person — and that counters that argument with logic, not abuse…. Twitter, of course, is the antithesis of all this — and its mercy-free, moblike qualities when combined with a moral panic are, quite frankly, terrifying.”

Fear over saying the wrong thing and being targeted as racist or transphobic is real. The force of social media aimed at a perceived wrongdoer is leading to mob justice, social ostracism and knee-jerk responses across business, academia, culture and the news media.

I unabashedly revere the principle of free expression and, of all principles I hold dear, have presumed this to be one that is shared broadly across those of us blessed to live in a free society, and those who I have met in my years of reporting abroad who yearn to do so.

It seems clear that social norms are changing, and rapidly. For those who hope to see America live up to the promise of its founding principles, that is a good thing. So let’s continue to argue, with reason, not insult. Let us transform our society for the better by offering the better argument and persuading, rather than canceling the other.

16 TV Shows Based on Podcasts Ranked, From 'Homecoming' to '2 Dope Queens' (Photos)

With "Homecoming" and "Dirty John" returning, we present other TV shows based on successful podcasts, with their Metacritic ranking where available (as of June 22, 2021).