Candace Cameron Bure has a new gig as a permanent co-host on ABC’s daytime talk show “The View,” and even though it isn’t something she planned on doing, it’s something the “Fuller House” star has grown to enjoy.

“I guest co-hosted a handful of times on the show, and it had never been something that I’d been wanting to grab, but they asked and I realized that I enjoyed it,” the actress told TheWrap’s executive editor Joseph Kapsch. “I think it’s really healthy that we do have different opinions and get to share them.”

Bure generated some headlines when she and Raven Symone debated after the actress defended the Oregon bakery that refused to bake a cake for a same-sex couple’s wedding. The actress has received her share of criticism in the past, but dealing with different opinions is just part of the job.

The conversation turned back to Bure’s book “Dancing Through Life,” in which she chronicled her experience as Mark Ballas’ partner on a season of ABC’s “Dancing With the Stars.” When asked how she reconciles her positive message in the book with some of the negativity that can come along with social media, Bure shared a story about some backlash she received for her Little Mermaid costume.

“One week where I was dressed as Ariel from “The Little Mermaid” [on ABC’s “Dancing With the Stars”],” the actress said. “Who knew a “Little Mermaid” costume was going to cause so much controversy … even this little two-piece mermaid outfit, there was a lot of criticism online.”

But Bure won’t let the criticism deter her from using social media to interact with her fans.

“I love social media,” she said. “Because it’s also wonderful. I get to connect with fans and people I never would have had the opportunity to, so I love it. But yes, it can be a very difficult dynamic at times.”

As for dealing with the negative, Bure has a foolproof strategy: “It’s called delete, delete, block, block.” 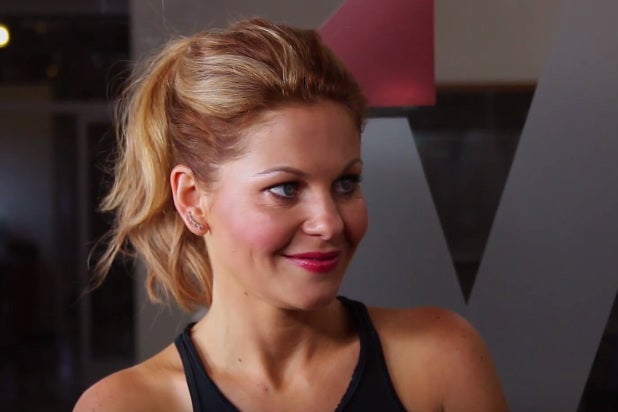 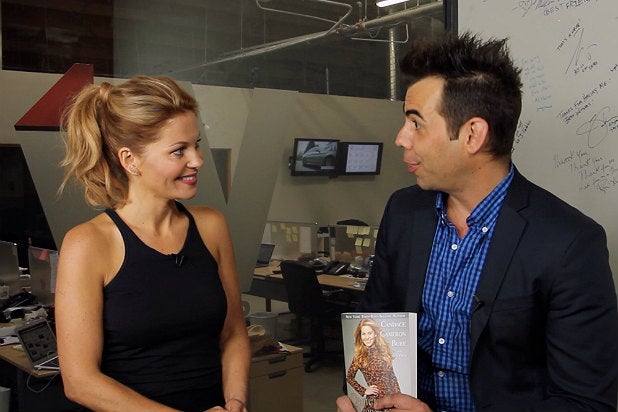