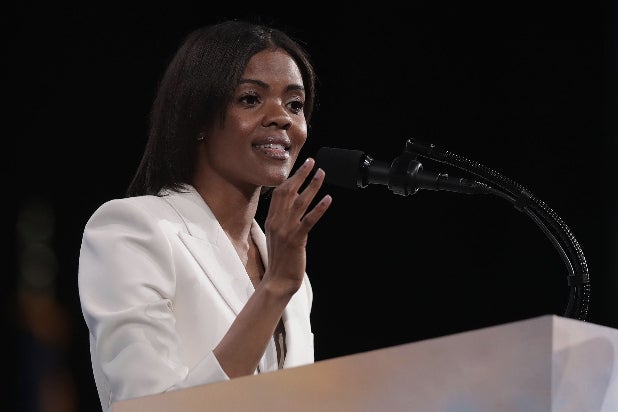 Conservative political activist Candace Owens’ group BLEXIT paid for the travel of some of the guests at President Donald Trump’s White House event Saturday, according to emails obtained by ABC News.

Before the president’s rally on the White House lawn — his first gathering since testing positive for the coronavirus — Owens hosted a BLEXIT Back the Blue event in which 2,029 Blacks and Latinos protested “the anti-American, Marxist, Black Lives Matter narrative” and showed their support for police. Many of those supporters were invited to attend a “HUGE outdoor rally” (at the White House) and told their travel costs would be covered.

“EVERYONE MUST BRING A MASK TO BE ALLOWED ENTRY ONTO THE WHITE HOUSE GROUNDS,” an email from Owens obtained by ABC News read. Those attendees were given a COVID-19 screening, a temperature check and a brief questionnaire to fill out. The two Saturday events were within walking distance from each other.

“We are not interested in participating in your obvious media angle here to slander/attack the President regarding Covid-19,” Owens told ABC News, adding, that the Saturday event “is about supporting law enforcement in minority communities.”

In an Instagram post last week, Candace Owens promoted what she called an “anti-Black Lives Matter event,” writing, “We are giving away a limited amount of travel stipends” to people who really need them.

Just nine days after revealing he tested positive for COVID-19, Trump held a public rally on the White House lawn above a sea of supporters in blue BLEXIT shirts and red MAGA hats, who were not practicing social distancing. In his address to the crowd, Trump condemned White suburbanites who are not sympathetic to the BLM movement.

Supports on the South Lawn wait for @realDonaldTrump to makes remarks. pic.twitter.com/zfQ4Zp3To2

“I don’t understand why the president would have an event focusing on minority communities, Black and Brown, and not mention what it’s all about,” House Majority Whip James Clyburn said on CNN’s “Newsroom,” calling attention to how the pandemic has worsened and brought attention to health inequities among races.

“It would seem to me that the president would be saying to them, ‘This is what my election will mean to the elimination of these disparities,'” Clyburn said. “He did not do that simply because he does not have the capacity to empathize with what these communities are experiencing in this particular pandemic.”