Candle Media, the venture launched by former Disney executives Kevin Mayer and Tom Staggs, has acquired the Gen-Z and millennial focused digital media firm ATTN: in a deal that is worth roughly $100 million.

The deal was made in both cash and stock, with the potential for it to go higher, an individual familiar with the terms of the transaction told TheWrap. The deal is expected to close in the next 30 days.

Candle will help ATTN accelerate its growth by providing capital, scale and expertise, as well as help its publishing, brand studio, creative strategy and agency services, including a first-of-its-kind TikTok Studio that supports brands and influencers looking to engage new audiences on the platform. 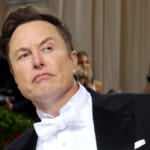 Candle Media is backed by the private equity firm Blackstone, and the company has previously made three other splashy media acquisitions, including Moonbug Entertainment for $3 billion last December, Reese Witherspoon’s Hello Sunshine for $900 million and Faraway Road, which produces Netflix’s “Fauda,” for $50 million. Staggs and Mayer also took a minority stake in Will Smith’s Westbrook as founded by Will Smith and Jada Pinkett Smith.

“ATTN: has a deep, digital-native understanding for how to cut through the noise and reach today’s audiences through engaging content on social media. We are excited for them to join Candle and provide the benefits of their talented team’s expertise across our brands and franchises,” Mayer and Staggs, co-chairmen and co-CEOS of Candle, said in a statement.

“ATTN:’s mission has always been to use creative and clever storytelling to make important issues more digestible for mass audiences. Partnering with Candle and their growing, talented team of creators will allow us to further this mission in a whole new way, accelerating our growth and reaching even more people with what we create,” ATTN: co-founders Matthew Segal and Jarrett Moreno said in a statement. 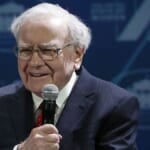 Last year, ATTN: launched a TikTok Studio to empower brands and influencers with end-to-end creative, strategy and production solutions on the platform, including TikTok themselves, who tapped ATTN: in a year-long partnership to run their social good account, TikTok for Good, which was recently renewed for a second year.

ATTN: was advised by The Raine Group as financial advisor and by Sidley Austin LLP as legal counsel.