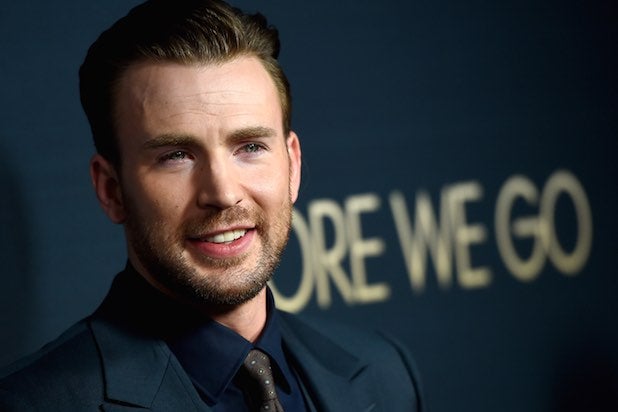 The actor, who will next be seen suiting up to face off against Iron Man (Robert Downey Jr.) in “Captain America: Civil War,” responded to Steven Spielberg‘s assertion that “there will be a time when the superhero movie goes the way of the Western.”

Evans told Collider that he thinks the genre will “surge for a while,” thanks largely in part to Hollywood studios’ love of special effects.

“I certainly think that given the fact that technology has finally advanced, they’re always going to be looking for other films to match their technological accomplishments,” Evans said. “Any film that can incorporate these larger-than-life characters and fantastical locations and plots, the technology wants to prove that they can do it. So whether it’s superhero films or just fantasy in general, that’s going to surge for a while.”

Evans argued it’s also about striking the right “tone” with audiences, and praised “Civil War” directors Anthony and Joe Russo — who made their grand entrance to the Marvel cinematic universe with “Captain America: The Winter Soldier” — for taking a grounded approach to the genre.

“You could look at Jason Bourne as a superhero. I think you can take any superhero movie, and if you ground it enough, if you make it real enough — that’s the thing the Russos do really well,” Evans continued. “Certain superhero movies feel like superhero movies. Russo movies almost feel like human stories with a little bit of superhero sprinkled. So I think you might get exhausted of the larger-than-life powers, I suppose, but as long as the filmmakers keep on reinventing the approach, and the flavor and the tone, audiences are going to still go.”

While Universal’s “Jurassic World” stomped the competition this summer, audiences still flocked to see Marvel superheroes duke it out on the big screen. “Avengers: Age of Ultron,” in which Evans had a meaty role, was the second-highest grossing domestic blockbuster of the year, with over $457.8 million at home, while raking in just over $1.4 billion worldwide.

Marvel’s smallest hero, “Ant-Man,” also ranks among the top 10 domestic releases of the year with $174 million stateside, falling behind Ethan Hunt — Tom Cruise‘s popular secret agent who practically is a superhero — who raked in over $182.5 million at home and $511.2 million worldwide with his latest “Mission: Impossible.”

Despite the sea of headlines that swelled after Spielberg suggested the superhero bubble may pop, the prolific blockbuster filmmaker wasn’t suggesting the entire genre will crash and burn in the immediate future, and was simply stressing the cyclical nature of Hollywood he has observed over his long career.

“We were around when the Western died and there will be a time when the superhero movie goes the way of the Western. It doesn’t mean there won’t be another occasion where the Western comes back and the superhero movie someday returns,” Spielberg said. “Of course, right now the superhero movie is alive and thriving. I’m only saying that these cycles have a finite time in popular culture. There will come a day when the mythological stories are supplanted by some other genre that possibly some young filmmaker is just thinking about discovering for all of us.”