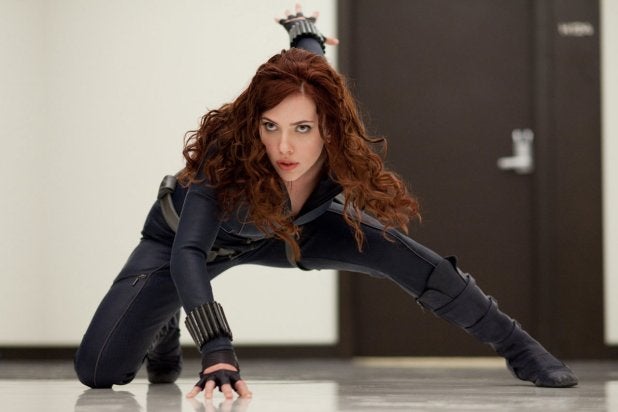 According to Comics Alliance, Joe Russo responded to a question about a potential Black Widow movie, “Oh, yeah, we love that character.” His brother Anthony said, “And we love Scarlett [Johansson].”

“We find that the character is one of the richest, if not the richest, character in the Marvel universe,” Joe added, speaking at a junket in China to promote “Civil War.” “She’s a very complex character. She’s haunted by demons and her understanding of the world is fascinating. I think there is a lot that can be done with that character.”

Johansson’s Black Widow in “Avengers: Age of Ultron,” was a topic of debate earlier this year after co-stars Chris Evans and Jeremy Renner joked during an interview that the character was a “slut” because of allusions to romantic relationships with both Captain America and The Hulk.

Fans were also disturbed by a scene in the film in which Black Widow reveals she was forcibly sterilized. In the scene, she called herself a “monster” because of it, and that outraged some.

In 2014, Marvel Studios president Kevin Feige was in the hot seat when he said he would support a female-lead superhero film but didn’t make any solid plans to make a film. According to Time, Marvel Studios also faced criticism when Black Widow wasn’t mentioned at last year’s Comic-Con, and when Marvel erased Wasp — a female founding member of the Avengers team — from both the “Avengers” movies and the upcoming “Ant-Man” film.

The Russos are slated to direct the two-part “Avengers: Infinity War,” the first part being slated for a 2018 release and which will undoubtedly include Black Widow.

She will also be on screen in “Civil War,” opening on May 6. The studio’s first solo adventure for a female superhero will be “Captain Marvel,” scheduled to hit theaters in 2019.