Appearing alongside Captain America (Chris Evans) and Iron Man (Robert Downey Jr.), Marvel’s African hero is described as “tall, powerful — and has claws that a Real Housewife would envy.”

Fans got a brief look at Black Panther in the first trailer for “Civil War,” but this is the first time they will get a chance to really study his costume in detail.

Little is known of Black Panther’s involvement in the film at this point other than that he will, at least initially, fight on the side of Iron Man in the battle against Captain America.

Black Panther will get his own Marvel movie, currently slated for release in Feb. 2018.

Check out the full EW cover below. 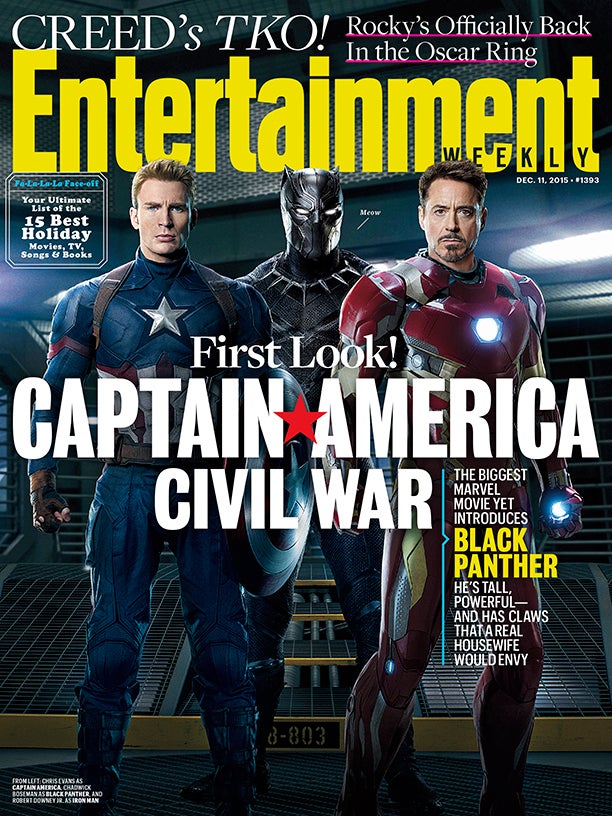