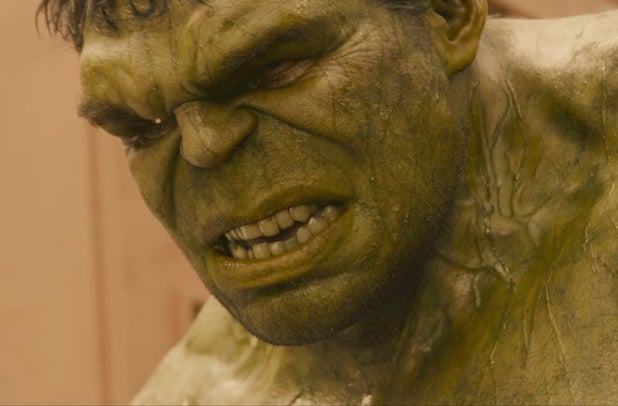 Fans of Mark Ruffalo‘s Hulk will have to wait a little longer to see him sate his appetite for destruction again.

The actor told Italian film site Bad Taste that Marvel decided to cut the big green character from its next ensemble production, “Captain America: Civil War,” which will feature some of the world’s biggest superheroes — and a few new ones — duking it out after choosing sides: Team Captain America or Team Iron Man.

“I believed that [Hulk] would be in the film, but at the end, it was evident that they needed to reveal that the Hulk did something very significant, and that Marvel wanted to use this in a more upfront [manner],” Ruffalo said. “My character was inserted into the script, but it was later removed. Who knows, maybe Hulk will never return.”

That’s hard to believe, considering Marvel is preparing to pump out “Avengers: Infinity War” parts one and two, but Ruffalo teased an exciting development for the angriest member of the blockbuster superhero team.

“However, [Marvel] want[s] to keep the revelation of what happened a secret, because it is something truly significant,” Ruffalo said.