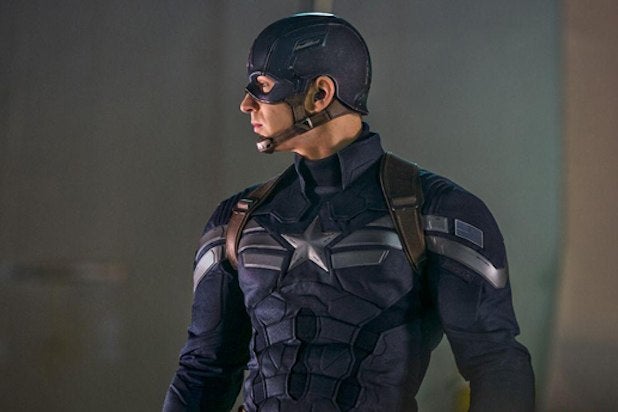 It’s a given that “Captain America: The Winter Soldier” will conquer the box office this weekend, but there’s still questions circling the April 4 release.

The biggest ones for Disney’s Marvel superhero film are:

“Ninety million dollars, yes and yes,” answer industry analysts, who believe the third Marvel sequel to come out since 2012’s “The Avengers” will easily be the year’s biggest box-office opening so far — ahead of the $69 million debut of “The Lego Movie” in February.

Also read: Why Summer Movie Season Is Kicking Off in April With ‘Captain America’ Sequel

Chris Evans returns as the red-white-and-blue crusader Steve Rogers, and Scarlett Johansson, Anthony Mackie and Robert Redford join the supporting cast. Joe and Anthony Russo direct, from a script by Christopher Markus and Stephen McFeely, that picks up where “First Avenger” and “The Avengers” left off. Marvel Studios chief Kevin Feige produces.

“Winter Solider” has the weekend all to itself — it’s the only new wide release — and vital signs are through the roof for the $170 million action-and-effects extravaganza. The sequel is already shaping up to be a hit, coming off last weekend’s massive $75 million overseas opening, and the reviews are among the best ever for a Marvel movie. The film is also dominating advance ticket sales, with a boost from it’s red-hot social media buzz.

Disney will release it in a saturation-level 3,938 theaters — roughly 80 percent of which will be 3D. It will get a full, 344-theater Imax run and will be in 316 Premium Large Format locations as well, so the ticket up-charges from the large screens and 3D should goose the grosses significantly.

See also: 17 ‘Guardians of the Galaxy’ Screenshots From Marvel’s Space Oddity You May Not Have Seen

Like Marvel’s films before it, “Soldier” will benefit from the momentum provided from “The Avengers.” The 2013 opening of “Iron Man 3” was 27 percent higher than “Iron Man 2,” which opened a year before the Marvel superhero mash-up. “Thor: The Dark World” debuted to $85.7 million in November, up 23 percent from its pre-“Avengers” original.

If “Captain America” gets a 25 percent bump from the $65 million opening of July 2011’s “Captain America: The First Avenger,” it would come in at $81 million. But just about everyone thinks it will be even bigger.

“$90 million wouldn’t surprise me,” said Paul Dergarabedian, senior analyst at tracking service Rentrak. “If there’s any movie that can redefine what’s possible in April, this one feels like it.”

Dergarabedian also believes that the sterling reviews — which currently sit at 92 percent “fresh” on Rotten Tomatoes — would not only energize Marvel’s fanboy base, but could also lure in audiences outside the core young-male demographic.

“Conventional wisdom says superhero movies, and Marvel’s in particular, don’t really need great reviews. But I think they matter when it comes to broadening the audience. Non-traditional fans will turn out if they hear it’s a really good movie,” he said.

Judging by fans on social media, general audiences will hear the film’s praises loud and clear. The 10.7 million Facebook “likes” for “Winter Soldier” are 23 percent greater than those “Thor: The Dark World” earned at a similar stage. Cap’s 272,072 Twitter mentions dwarf the 54,421 of the hit “Lego Movie,” according to BoxOffice.com.

“Winter Soldier” represented an eye-popping 82 percent of this weekend’s advance sales at online ticket broker Fandango on Wednesday, and is on track to be the biggest April advance seller in the company’s history.