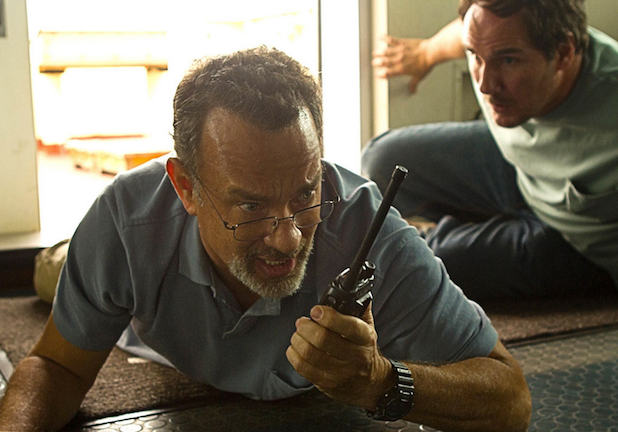 “Captain Phillips” has been remastered for IMAX and will open in select IMAX theaters when it debuts in theaters Oct. 11, the company announced on Monday.

Paul Greengrass‘ retelling of the eponymous captain’s fight against crusading Somali pirates will premiere at the New York Film Festival before opening in theaters. His yarn focuses on the relationship between Phillips (Tom Hanks) and the captain of the pirates, Muse.

The captain’s books served as the source material for Billy Ray‘s screenplay.

“As he’s proven before with acclaimed projects including ‘United 93,’ Paul Greengrass is adept at taking subject matter based on real historical events and transforming it into a rich entertainment experiences for global audiences,” Greg Foster, CEO of IMAX Entertainment and Senior Executive Vice President, IMAX Corp, said in a statement. “We’re also excited to team up once again with Tom Hanks, who always delivers the kind of powerful performance that resonates with IMAX moviegoers.”