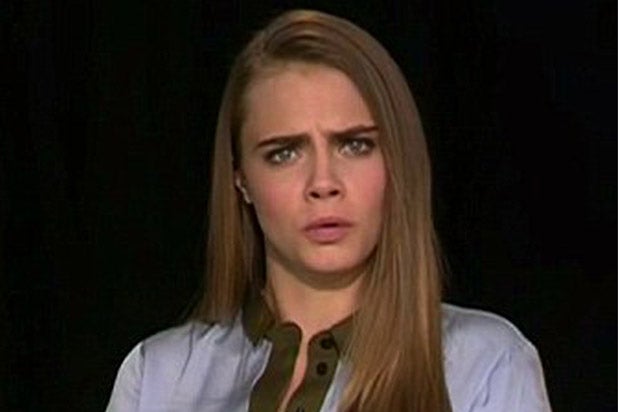 The “Paper Towns” actress appeared on morning news program “Good Day Sacramento” to promote her movie, and wound up being mocked by the crew after a brief but exceedingly awkward exchange.

The mood grew increasingly tense as Delevingne, answering questions via satellite from New York, appeared annoyed by the questions from KMAX-TV’s news anchors.

Also Read: How 'Paper Towns' Screenwriters Got John Green's Blessing to Make His Bestseller 'More of a Fun Ride'

“No, I never read the book or the script actually, I kind of winged it,” the actress responded jokingly when asked if she had read the John Green novel that the movie was based on.

Asked if she had much in common with her character Margo, the model-turned-actress replied, “No, I actually hate her.”

“Are you just exhausted?” one local news anchor asked, after becoming annoyed by Delevingne’s weariness. The actress allowed that the movie premiere had occurred the night before and it had been an “emotional” experience.

The news anchors then asked Delevingne if she was irritated, or if it was just the “Good Day Sacramento” crew?

“No, I think it’s just you,” the actress responded.

“We’ll let you go then, how ’bout that?” one anchor shot back. “Why don’t you go take a little nap, maybe get a Red Bull?”

After Delevingne disappeared from the screen, the savaging of the actress continued.

“She was in a mood!” one of the morning news personalities remarked.

“You make $5 million for six weeks of work, you can pretend to talk to ‘Good Day Sacramento’ with some voomph!” another declared.

Watch the love-fest unfold in the video below.