When Cara Delevingne got the call from her agent to join “Only Murders in the Building’s” second season, she didn’t think twice. As an “avid watcher and avid fan,” as she put it in an interview with TheWrap, she quickly set aside her previous plans of shifting focus to music and taking some time off, having wrapped Prime Video’s neo-noir series “Carnival Row.”

“[My agent] just kind of said, ‘Only Murders’ and I was like — before she even finished the sentence — I was like, ‘Yes, 100%.’ There was no, even, hesitation — [it] didn’t matter what the part was, even if I was an extra, I was so excited,” the actress and model told TheWrap. 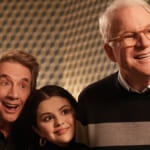 Also Read:
‘Only Murders in the Building’ Trio Tease Being ‘Pleasantly Shocked’ by Season 2 Killer

Part of the appeal of the role was performing alongside comedy greats, like co-creator and star Steve Martin and Martin Short, she said.

Delevingne’s role, that of an enticing art world insider named Alice, is also a love interest to Selena Gomez’s Mabel. Although the two women knew each other prior to filming (having worked together on Taylor Swift’s “Bad Blood” music video short), Delevingne said she doesn’t know if Gomez played a part in getting her to join the sophomore installment.

“It’s weird, especially with this project, I don’t think I’ve ever felt so comfortable and comfortable in my character so much that it was just kind of easy,” she said. “So much a part of acting is what you get from someone else, so when they’re that amazing it just comes kind of naturally.”

Portraying Alice also came like second-nature to Delevingne and the “Paper Towns” actress said that she was given some leeway into her character’s style, finding it important that her clothing expressed who she was.

“I had a lot to do with the clothes — not a lot to do with the clothes — but I was quite sure about what she would dress like especially because it’s like an English style, but the way she kind of tried to navigate her way in New York with that kind of confidence and come in, especially being an artist,” she explained. “Art is so subjective, so the way she dressed had to really exude that.”

She continued, “I’ve never really played an English character properly before or played a part that’s queer, so I was like, that’s quite similar to my life in certain ways. So I was like, ‘OK, I need to change my hair.’ I needed to do more because usually I love doing accent work and kind of developing a character that way.”

While the extent of Alice’s involvement in the whodunnit narrative is a well-kept secret per the series’ promos, it’s clear that the free spirit is hiding a few tricks up her sleeve. Delevingne teased that the character is “definitely not boring” and found it interesting to explore the idea that “artists can kind of take a bit of a dark turn when they put art before their life and before their relationships … because they just use everything for their art.”

As for taking part in the mystery at hand, which sees the Arconia podcasting trio in hot water after being suspected of Bunny’s death in Season 1’s cliffhanger, Delevingne says she found it exciting to explore the “extreme” side of her character.

“It made her all the more in depth and interesting,” she said. 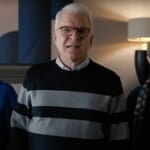