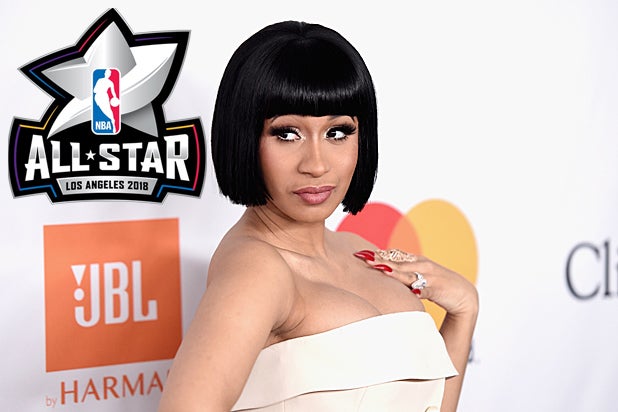 Jimmy Fallon’s got a co-host, and her name is Cardi B.

The “Bodak Yellow” rapper is set to be the first ever co-host on “The Tonight Show Starring Jimmy Fallon,” though it’s only a one-night affair.

On April 9, Cardi B will be a chat guest, the show’s musical guest and she’ll stick around for the entire hour to help interview other guests.

The whole thing is a stunt to promote Cardi B’s upcoming album, “Invasion of Privacy,” which will be released the Friday before. The popular Bronx native’s appearance probably won’t hurt Fallon’s TV ratings among young adults, either.

From Universal Television and Broadway Video, “The Tonight Show Starring Jimmy Fallon” is executive produced by Lorne Michaels and produced by Gerard Bradford, Mike DiCenzo and Katie Hockmeyer. Jamie Granet-Bederman produces. “The Tonight Show” tapes before a live studio audience from Studio 6B in 30 Rockefeller Center.