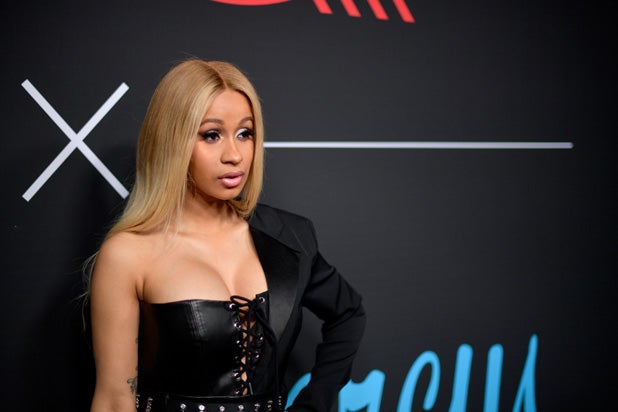 Move over, Taylor Swift. Cardi B just took your number one spot, with the rapper’s debut LP, “Invasion of Privacy,” breaking Apple Music’s record for most streamed album from a female artist in a single week.

Since coming out last Friday, “Privacy” is already the fifth most-streamed album in Apple Music’s history. It’s helped that her single, “I Like It,” with Bad Bunny and J. Balvin, is sitting pretty as the most streamed song in the world as well.

Apple declined to share which artists hold the top overall streaming spots, male or female. But an Apple rep told TheWrap that Cardi B is close behind Kendrick Lamar, Drake and Migos on the list of all-time most streamed albums.

In short, it’s been a good week for the 25-year-old from New York City. And that’s even considering she admitted to GQ she received “potentially lethal illegal butt injections” from a woman operating out of a Queens basement.