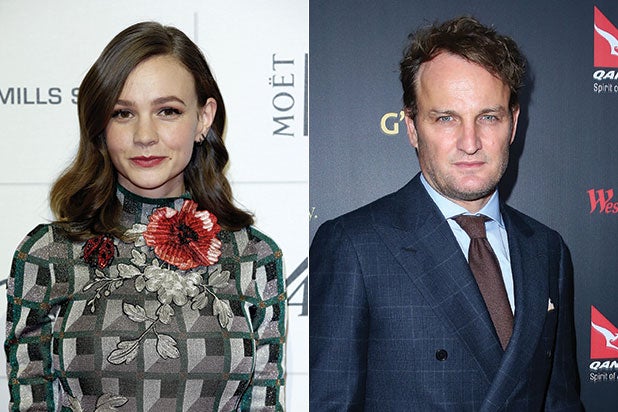 Carey Mulligan and Jason Clarke are set to star in the indie drama “Mudbound,” based on the award-winning novel by Hillary Jordan, TheWrap has exclusively learned.

Garrett Hedlund and Jason Mitchell are in negotiations to co-star in the film, which Dee Rees (“Pariah”) will direct from a script by Virgil Williams.

Set in 1946, “Mudbound” will find Mulligan playing city-bred Laura McAllan, who’s trying to raise her children on her husband’s Mississippi Delta farm — a place she finds foreign and frightening.

In the midst of the family’s struggles, two young men return from the war to work the land. Jamie McAllan, Laura’s brother-in-law, is everything her husband is not — charming, handsome, and haunted by his memories of combat. Ronsel Jackson, eldest son of the black sharecroppers who live on the McAllan farm, has come home with the shine of a war hero. But no matter his bravery in defense of his country, he is still considered less than a man in the Jim Crow South, where prejudice takes many forms — both subtle and brutal.

Following his breakout turn in “Straight Outta Compton,” Mitchell is in talks to play Jackson.

Also Read: Carey Mulligan on Getting 'Suffragette' Right: 'We Didn't Want It to Feel Like a Costume Drama' (Exclusive Video)

Mulligan recently starred in “Far From the Madding Crowd” and “Suffragette.” She previously received an Oscar nomination for her breakout turn in “An Education.” She’s represented by WME, Julian Belfrage Associates and Ziffren Brittenham.

Coming off of “Everest” and “Terminator Genisys,” Clarke can currently be seen in Terrence Malick‘s “Knight of Cups.” He next stars opposite Blake Lively in Marc Forster‘s “All I See Is You,” and he has also wrapped a lead in Cedric Jimenez’s “HHhH.” He’s repped by WME and Robert Stein Management.

Mitchell is currently filming “Kong: Skull Island” and will soon be seen in the New Line comedy “Keanu.” He’s repped by UTA, Authentic Talent and Literary Management and Ziffren Brittenham.