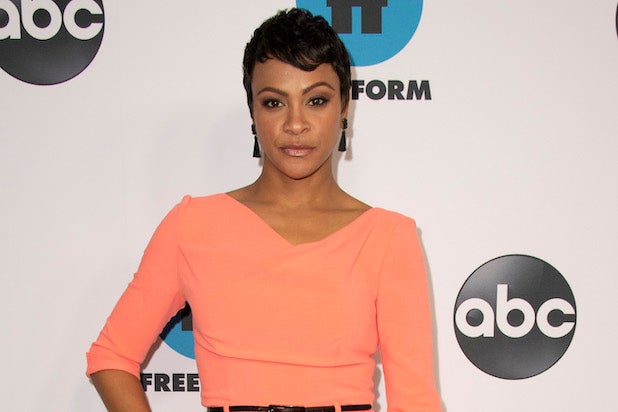 Hughes, the only Black series regular on the show, raised concerns to HR that have “led to positive changes to the workplace and improvements to the culture,” a spokesman for the show told TheWrap.

“I was no longer able to work in the toxic environment that was created on ‘American Housewife,'” Hughes said in a statement. “I made the decision to leave to protect myself from that type of discrimination. As a black woman in entertainment, I feel the responsibility to stand up for what I deserve, what we all deserve — to be treated equally. I wish the show well, and I am excited for a new chapter and to be able to pursue the opportunities ahead.”

Following an investigation into Hughes’ complaints, creator Sarah Dunn stopped being an active producer on the show, Mark J. Greenberg stepped down as line producer, and showrunners Rick Wiener and Kenny Schwartz underwent sensitivity training, according to Deadline, which first reported the news.

Also Read: 'The Good Doctor' Season 4 Premiere Doesn't Do So Great in Ratings

“Carly was a valued member of the cast, and we had hoped she would return to the show this season,” a spokesman for “American Housewife,” said in a statement. “The concerns she raised led to positive changes to the workplace and improvements to the culture, but we respect the decision she made to move on. We wish her nothing but the best.”

Hughes was a series regular on “Housewife” over its first four seasons, appearing in all 90 of those episodes. Her character Angela appeared in the Season 5 premiere, which was mostly filmed in March. Hughes was not in Episode 502 and her name was removed from the credits, ending her run at 91 episodes.

Angela was one of main character Katie Otto’s (Katy Mixon) best friends. Angela, Katie and Doris (Ali Wong) would regularly get “second breakfast” together at a local cafe.

Hughes is a regular face on Broadway, having performed in “Pippin,” “Beautiful: The Carole King Musical” and “Chicago,” among other plays and musicals.