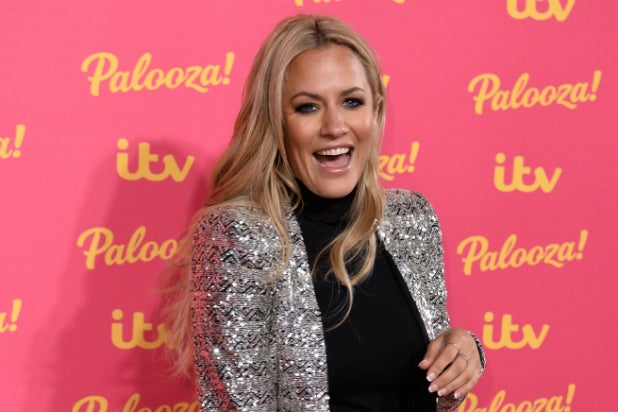 The UK version of “Love Island” played a lovely tribute to former host Caroline Flack on Sunday’s episode. Flack died by suicide earlier this month. She was 40.

“The past week has been extremely difficult coming to terms with the loss of our friend and colleague Caroline,” current host Laura Whitmore said in setting up the dedication. “We’re thinking of her family and everyone who knew her at this time.”

“Caroline loved ‘Love Island,'” Whitmore continued. “She loved love, and that’s why tonight’s final is dedicated to her.”

Readers can watch the tribute below at the bottom of this post.

“On Tuesday, 18th of February 2020, an autopsy was performed at Hackney Mortuary by Professor Michael Shiff who gave a provisional cause of death as one by suspension by ligature,” Coroner’s officer Sandra Polson said last week in a statement to People. “London Ambulance Service arrived on the scene and took over CPR from the police, however, their patient could not be revived.”

Flack stepped down as host of the hit UK reality dating show after she was charged with assaulting her boyfriend, 27-year-old Lewis Burton in December. The British television and radio presenter pleaded not guilty and was due to stand trial on March 4.

As part of the inquest into Flack’s death, her family has released an unpublished Instagram post that Flack wrote weeks before her death but was advised not to make public, according to The Guardian.

In the drafted post, Flack wrote that her “whole world and future was swept from under [her] feet” after the assault charges were made against her. She also wrote that she “took responsibility for what happened that night” but maintained that she “was NOT a domestic abuser.”

The official statement from her family to the Press Association reads: “We can confirm that our Caroline passed away today, the 15th of February. We would ask that the press both respect the privacy of the family at this difficult time.”

Lovely tribute to Caroline Flack. Her iconic walk, her bubbly presenting and her awesome laugh will be missed. Forever queen of #loveisland pic.twitter.com/qLZfn5oazc