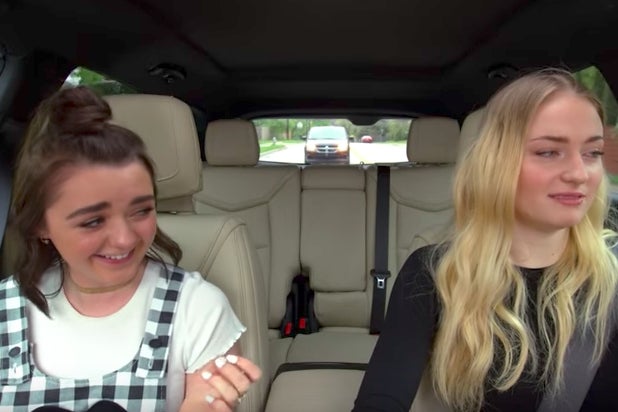 Apple is keeping James Corden in their passenger seat. CBS CEO Les Moonves announced the late-night host’s “Carpool Karaoke” has been renewed for a second season, during a conference call on Thursday.

The CBS-produced series — a spinoff of Corden’s popular segment on the network’s “Late Late Show” — began streaming on Apple Music last summer, with a pilot featuring Will Smith. The  show is one of the tech giant’s first moves into original programming. Other A-list guests in season 1 included Alicia Keys, John Legend, Blake Shelton, Camila Cabello, Sophie Turner and Maisie Williams.

An individual close to production confirmed to TheWrap the series has been granted a second season by Apple.