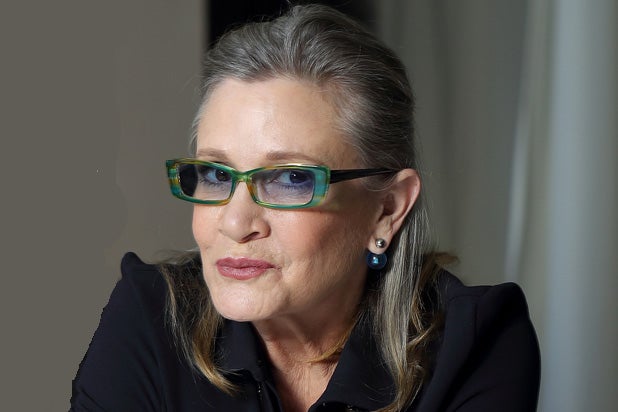 “Star Wars” actress Carrie Fisher, who died Dec. 27 at age 60, left an estate worth nearly $7 million, which will likely go to Fisher’s daughter, Billie Lourd, according to court documents obtained by TheWrap.

Probate papers filed last week in Los Angeles Superior Court indicate that Fisher’s estate included personal property with an estimated value of $6.8 million, though it’s unclear whether that number represents the full extent of Fisher’s wealth — as noted by TMZ, it’s possible that other trusts might exist.

The papers list Fisher’s 25-year-old daughter, Billie Lourd, as the beneficiary of Fisher’s living trust, which was dated Feb. 20, 2001, as well as trustee Dennis King, and Lourd’s attorney.

Also Read: Billie Lourd on Life After Carrie Fisher's Death: 'Now I Get to Be Just Billie'

Fisher’s Last Will and Testament, dated Jan. 15, 2016, lists Lourd as Fisher’s only child.

Fisher died on Dec. 27, 2016 at age 60, four days after suffering an apparent heart attack while flying from London to Los Angeles. Her mother, Debbie Fisher, suffered a stroke and died the next day.

In June, the Los Angeles County coroner’s office reported Friday that Fisher’s death was due to a combination of factors including sleep apnea and “other conditions: atherosclerotic heart disease, drug use.”

The coroner’s office released a short summary detailing its findings, but no single cause of death was identified. The statement determined that “the manner of death has been ruled undetermined.”

While Fisher was very public about her struggles with mental illness and addiction, the kind of drugs taken and the extent to which they contributed to her death is not known; the coroner’s summary stated, “How Injury Occurred: Multiple drug intake, significance not ascertained.”

An autopsy report released shortly after the summary indicated that Fisher had cocaine, heroin and ecstasy in her system, although it’s unclear what impact the substances might have had on her death, the Associated Press reported.