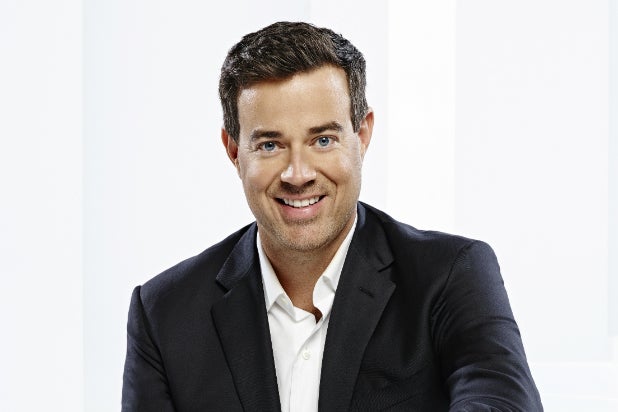 Last call for “Last Call”: After 2,000 episodes, Carson Daly is stepping away from “Last Call.” That means the NBC (very) late-night show is coming to an end.

The move is Daly’s decision, an NBC spokesman told TheWrap. Daly intends to focus on his other jobs, as host of the Orange Room on “Today” and host and producer on “The Voice,” and to spend more time with his family.

During his tenure on all three shows, Daly was working in three dayparts — morning, primetime and late-night.

Not surprisingly, Daly had a lot to say about the decision to walk away from “Last Call.”

“If you had told me in 2002 I would be a part of the historic NBC late-night family for 17 years, I would have said you were crazy! Hard to believe it’s been so long — 2,000 episodes,” Daly began his statement. “It’s time to move on to something new and let someone else have access to this incredible platform.”

“My 20’s was about finding a good job. My 30’s was about taking on as many of them as I could. Now, in my 40’s, I’m focused on quality over quantity,” he continued. “I want to do more with my ‘Today’ family and continue hosting and producing ‘The Voice’ and explore new opportunities.”

“I’m forever grateful and proud to all who have worked with us at ‘Last Call’ over the years,” Daly, who was also a “Last Call” executive producer, said. “So many have gone on to achieve incredible success. It’s been really awesome to watch. I owe our executive producer Stewart Bailey a huge bottle of something expensive. He masterfully keep [sic] this train on the track for many years.”

“I’m very excited to fulfill other areas I’m passionate about within our company,” he continued. “The Golf Channel has always been a favorite of mine and we have a few exciting things in the works. I look forward to building on that.”

Or maybe take a vacation dude.

“I could have all the jobs in the world, but none of them are more important to me than that of Dad,” Daly concluded. “My family will always remain my top priority and greatest gig.”

“Last Call” was known for its personal long-form interviews and breaking new musical artists with intimate performances, per NBC (and we don’t disagree). The show was among the first to recognize such major artists as Maroon 5, Halsey, 21 Pilots, Ed Sheeran and Kendrick Lamar.