Continuing to expand its slate under the creative direction of former AMC programming architect Rob Sorcher, Cartoon Network announced the greenlighting of two new animated series, as well as additional pickups for two other shows. 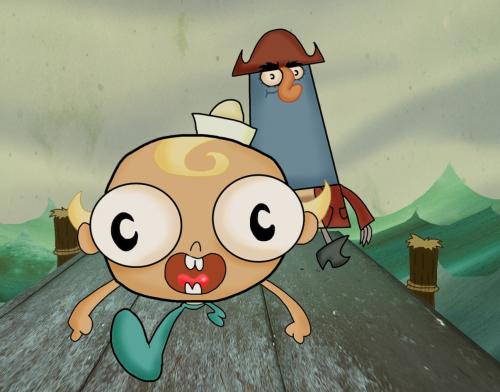 New programs coming to the Turner Networks channel include “Regular Show,” created by J.G. Quintel (“The Marvelous Misadventures of Flapjack,” pictured), about a six-foot-tall bluejay and his hyperactive raccoon buddy.

Also coming to the channel will be “Horrorbots,” a New York production that features the thrills and frustrations of two teenage androids, created by Michael Buckley (“The Sisters Grimm”) and Joe Deasy.

Cartoon Network also has ordered additional episodes of “Flapjack,” an animated series now in its second season, produced by Cartoon Network Studios out of Burbank. That ups the number of half-hour episodes for the series to 46.

Meanwhile, a full season of additional scripts have been ordered for the channel’s 2010  series “Adventure Time,” a boy-and-his-dog-based show created by Pendleton Ward.