Actress Raeden Greer says she was fired from “True Detective” after refusing director Cary Joji Fukunaga’s request that she go topless for a scene. Greer told The Daily Beast she had no nudity rider in her contract, and was reassured on multiple occasions that the speaking role would not include nudity.

“It was disheartening. It felt bad,” Greer, who was 24 at the time of production, told the publication. “You can’t just treat people like all you are is a pair of tits, that is very hurtful.”

“And now, Cary is out here talking about his female characters — it’s like another slap in the face over and over and over,” she continued, referring to a recent interview with the “No Time to Die” director. “Yes, he has had an illustrious career — that was a star-maker for him, and what happened to me? Nobody cares.”

In the THR profile Greer referred to, Fukunaga spoke about bringing James Bond into a post-#MeToo world.

Greer said the role was ultimately downsized and given to an extra who agreed to do nudity. The part was that of strip-club worker Kelsey Burgess.

When reached, an individual close to production told TheWrap that Greer was hired to play an exotic dancer in a strip club, and that one of the scenes called for the character to appear on stage with other dancers.

It was a day-player part, possibly one that called for two days of work. When Greer arrived to set following a local casting that the production source said was probably performed online, she was presented with the standard SAG (Screen Actors Guild) agreement and a nudity rider. When Greer informed producers that she was uncomfortable with the nudity, she was paid as a matter of courtesy, our insider said. They then recast the part.

TheWrap reached out to a rep for Fukunaga with a request for comment on this story, though we did not hear back. HBO declined to comment.

Also Read:
‘No Time to Die’ Shakes Up Box Office With $56 Million Opening

According to Greer’s account, when she saw a scene in the script where Burgess was dancing, she double-checked that it would not require nudity. The actress, whose credits include “American Horror Story” and “Magic Mike XXL,” according to her IMDb page, said she was reassured it would not.

But on the day of filming, which she recalled to be March 19, 2013, her wardrobe consisted of just “a set of pasties and a nude thong,” according to The Daily Beast.

Greer said she protested. “Cary said to me at that moment, ‘Everybody on this show goes topless. All the women on the show go topless. Your character is a stripper, so you have to.'”

“He was trying different things to convince me that it’s not a big deal,” she said. “It [was] going to be very tasteful, or it’s just gonna be really insignificant in the background. I was like, ‘Well, if it’s so insignificant, why is he so insistent that I have to do this?’ It was just on and on and on with no budging.” 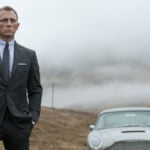 Also Read:
Which James Bond Movies Are Streaming and Where to Find Them

When Greer put her foot down on the matter, she said Fukunaga and another “high-level” male producer “conceded” and said they “would come up with something different and get back to her,” in The Daily Beast’s words.

Greer said she was later fired by another producer. Her role was given to a woman named Amber Carollo, who had no acting credits. In addition to the “True Detective” role, the only other gig listed on Carollo’s IMDb page is that of the uncredited “Girl in Bathroom” in the 2014 movie “22 Jump Street.”

“It was extremely sh–ty, it was horrible,” Greer told the Daily Beast. “To know how little I mattered and how little whatever I brought to the table meant to them. It was like, ‘You are just completely disposable and even somebody who has never fucking acted before can do this. Just go home, we’ll get anybody else to come in here and do this.’”

“So yeah, it was degrading,” she continued. “It was humiliating and made me feel terrible. As soon as I got in my car, I started crying and I called my agent and I told her what happened and she couldn’t believe it.” 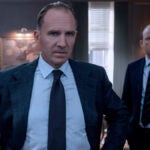 Also Read:
What Does M Read at the End of ‘No Time to Die’ About the ‘Proper Function of Man’?
x