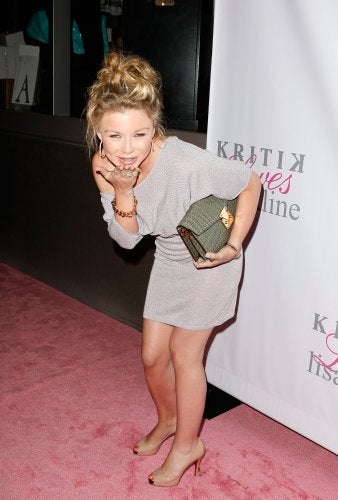 When E-Online reported the death of Casey Johnson it felt compelled to admit that “the 30-year-old Johnson & Johnson heiress was not a household name.” Indeed, many gossip-site readers admitted in their comments that they had no idea who Johnson was.

Perhaps recognizing how counterintuitive it was for a celebrity news site to ballyhoo an unknown’s death, E-Online sought to educate the masses as to Johnson’s tabloid bona fides.

A link labeled “Never heard of Casey Johnson?” led to a list of five reasons why we should have: When 12 she “co-wrote” a book on childhood diabetes with her father and mother; she was friends with Paris Hilton; she had adopted a Kazakhstan baby whose godmother is Nicky Hilton; she’d been arrested a few months ago and, finally, she was engaged to reality TV oddity Tila Tequila.

Has a pop-cultural Rubicon been crossed here? Johnson’s death, from whatever causes, is a tragedy, and the tears Twittered by her circle of high-flying friends are real. But if being a rich blond mess automatically guarantees celebrity, then something has happened to the old definitions of fame.

One of those definitions included evidence that part of the faceless public lived vicariously through the star. But if a celebrity drops dead in her home alone, does she make a sound? More to the point, if other people don’t even believe she’s a celebrity, is her demise a celebrity death at all? And, if Casey Johnson’s name emerges from this bigger in death than in life, is it possible for anyone not to be a celebrity?

Americans’ vestigial Protestant work ethic has us believe that even notoriety must be earned, leading many to suspect that someone like Johnson was really just riding the coattails of other people’s bad reputations – people like the Hiltons and Tila Tequila. Paris and Nicky, after all, had done modeling and television work, while Tequila had a TV show. Poor Casey didn’t even have a sex tape to her name and was already 30.

In 1971 the New York Times noted the passing of the original party girl, Edie Sedgwick, in a 351-word obituary stuck on page 45. Tuesday, in the middle of print journalism’s biggest space crisis, the same paper squeezed in 161 words for Johnson but gave her more than 400 online.

Say what you will about Ms. Sedgwick being famous for being famous, but she was the very visible embodiment of a cultural and artistic revolution. If, as it’s been said, all modern Russian novelists all tumbled out of Gogol’s overcoat, then the Hiltons and Casey Johnsons poured out of Edie’s fur-covered shoulder purse.

Unfortunately, Casey Johnson is only famous for being dead.