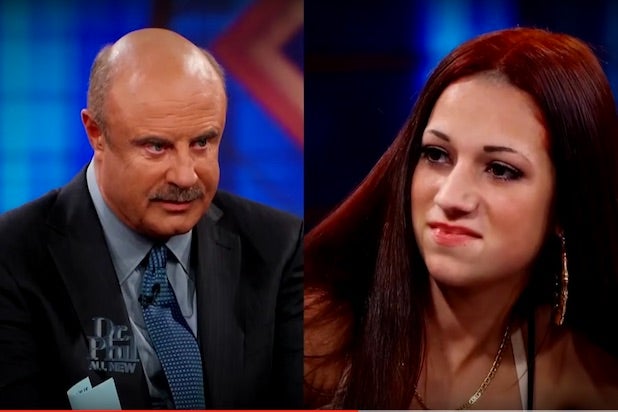 The infamous “Cash Me Outside” girl, Danielle Bregoli, is set to return to “Dr. Phil” on Friday along with her mother, Barbara Ann, following months of treatment.

According to the show’s website, Bregoli spent four-and-a-half months at a “top-level treatment facility.”

“For the first time, viewers will see a side of Danielle they have never seen before,” reads the announcement. “Why does her mother need Dr. Phil’s help again? What big surprise does Dr. Phil have for Danielle when she walks out on stage?”

Earlier this week, TheWrap looked into the possibility that Bregoli’s threat to beat up Dr. Phil’s entire audience may actually have concealed a deeper vulnerability.

The young Bregoli rose to fame after appearing on “Dr. Phil” in September. She spoke in a strange accent that she apparently picked up from “the streets,” and proceeded to call the audience “hos.” Dr. Phil took the audience’s side, and they applauded, and Danielle threatened to beat them all up, outdoors.

And on Monday, she was caught on video punching a woman on a plane following a verbal altercation that included the 13-year-old’s mother.

The new episode of “Dr. Phil” will air on Friday.