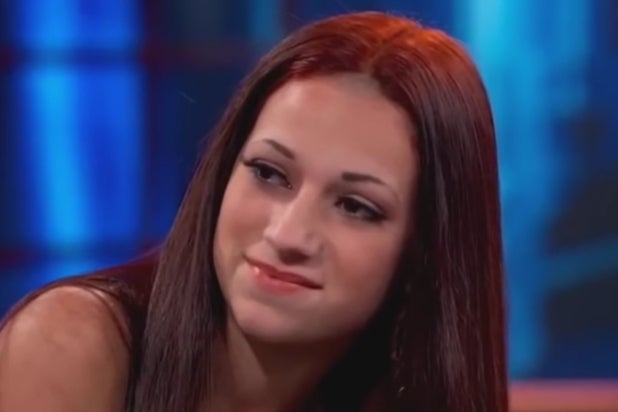 The popular syndicated talk show won its 23rd week in a row with its February 6-10 episodes. The Friday show featured the return of Bregoli, who became a meme for using the phrase, “cash me outside, how bow dah?” as she threatened to fight Dr. Phil’s audience on a previous episode.

It was the highest-rated episode of the week.

Also Read: 'Cash Me Outside' Girl Tells Dr. Phil: 'You Were Nothing Before I Came on This Show'

“Dr. Phil” hit a season-high on the week of Bregoli’s return. On-average, the show scored a big 4.0 rating, up 5 percent from the prior week and 14 percent from last year. That double-digit jump was the most among all talk shows.

Bregoli’s episode earned a 4.3 rating, which was the third-best of the current season. How bow dah?

After four months at a treatment facility, Bregoli returned to tell Phil McGraw that she “made” him “like Oprah,” and he was “nothing” before her prior appearance on the show in September.

While that boast may not be exactly true, clearly, she’s doing her part.

On the September episode, the unruly teen spoke in a strange accent that she apparently picked up from “the streets,” and called the audience “hos.” Dr. Phil took the audience’s side, and when they applauded, Danielle threatened to beat them all up, outdoors.

Or in her words, “cash me outside, how bow dah?”

The phrase went viral and was remixed into a catchy song.

On Friday, the studio was cleared of an audience before the show began taping because Dr. Phil feared “the temptation to perform or play a role would be too great.”

“Where is everybody? There’s no hos!” she said. You can read more about Bregoli’s recent appearance here.