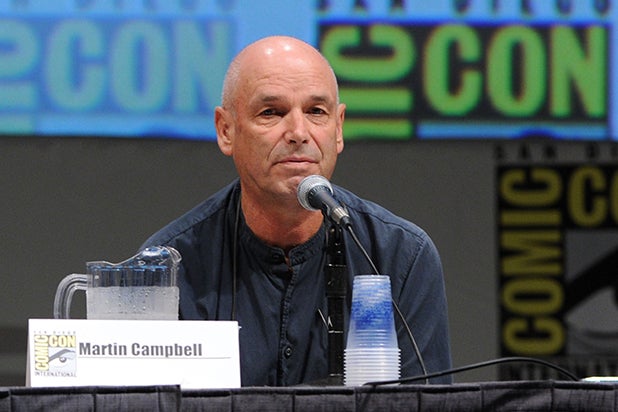 Bill Marsilii will pen the screenplay, which centers around an elite cop who is implanted with memories of a notorious terrorist named Sebastian X in order to infiltrate his evil gang and prevent future attacks.

Dominic Rustam and Babacar Diene will oversee “Sebastian X” from Voltage’s end, while Phillip Kobylanski will oversee from the Valhalla side. Matthew Mills, Jason Mills and Bobby Sabelhaus are listed as executive producers, with Voltage Pictures handling worldwide distribution for the picture.

Since introducing Daniel Craig as James Bond in the well received origin story “Casino Royale,” Campbell has directed Ryan Reynolds in “Green Lantern” and Mel Gibson in “Edge of Darkness.” As TheWrap exclusively reported in September, he’s also in talks to direct “Hunter Killer” for Relativity.

In addition to writing “Deja Vu,” Marsilii has an adaptation of the children’s book “The Wind in the Willows” in the works, which is set to star Ricky Gervais.

Hurd, who also co-wrote and produced James Cameron‘s “The Terminator,” currently serves as executive producer on AMC’s “The Walking Dead.” She was recently awarded the Selznick honor by the Producers Guild of America.