Seymour Cassel, the SAG national board member running for the Guild’s presidency, is at the center of controversy that stems from accusations he sexually harassed three female SAG staff members. 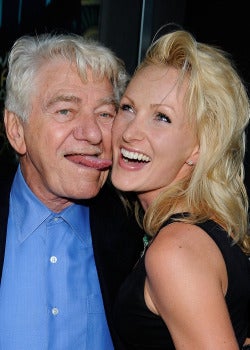 Cassel, 74, was found guilty of the "conduct unbecoming a member" on July 17 by the SAG trial board, after which he was sentenced to a two-year suspension.

Cassel appealed that decision to a SAG national executive committee, which on Monday passed a motion to postpone any ruling on the appeal until the national board could determine if a pair of constitutional articles were in unprecedented conflict, the Hollywood Reporter said.

If the 22-member committee said Cassel was guilty, he would have been suspended and officially forced out of the race.

Cassel, a Hollywood Division member of the Membership First party, almost took the presidency in September 2007 with 44 percent of the votes but was narrowly beat out by incumbent Alan Rosenberg. He’s now running for president as an independent against Membership First’s official candidate, Anne-Marie Johnson. Also in the running are Unite for Strength’s Ken Howard and another independent, Asman Muhammad.

But as the Guild prepares to send out ballots for the new presidency term on Tuesday, members of Membership First say Cassel could take votes away from Johnson because his case has yet to be settled. Meanwhile, Unite for Strength members say Membership First is trying to disqualify Cassel so that Johnson will be a shoo-in.

The complaints about Cassel’s bad behavior stem from a May 21 informational meeting, during which three women said Cassel used sexist language and the word "bitch," was intoxicated, told a rude story involving Cheryl Tiegs’ breasts, snapped them on the behind with a rubber band and stole one of their tubes of lip gloss to put on himself and proceeded to make lip marks on an informational placard.

It’s up for debate if the women who accused Cassel of sexually harassing them did so for political reasons or if Cassel purposefully was not notified of the charges until he entered the race.

"Without question the motivation is that there are people in this union who want to keep Seymour Cassel in our presidential race so he can have a negative impact on Anne-Marie’s campaign," Rosenberg told the trade. "The fact is, they are using Seymour, and they’re using these women for their own political gain."

"Oh, please!" argued Richard Masur, a New York board member and former national president, who was in attendance at the meeting. "Yeah, there is a political agenda: It’s Alan Rosenberg, Anne-Marie Johnson and MembershipFirst. This was all done in the timing in which it was done so they could get Seymour off the ballot so Anne-Marie would not have Seymour to deal with. That’s the only political agenda."

In the past, Cassel has made a few public gaffs. He incorrectly told reporters in January that the national board had removed then-chief negotiator Doug Allen from his job although no vote had yet taken place.

And during a town hall meeting about TV/ theatrical contract ratification, he allegedly called former SAG president Melissa Gilbert a bad word and was asked to leave the haall by the meeting chair.

Cassel garnered an Oscar nomination for 1968’s "Faces" and has starred in a number of Wes Anderson films. He has been a SAG member since 1959 and a member of the union’s board since 2001.

Johnson is trying to organize a formal presidential debate for Aug. 27.