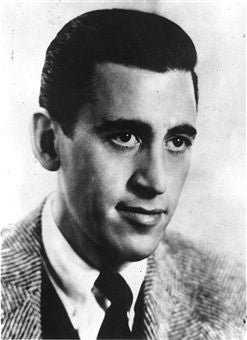 J.D. Salinger, the famously reclusive author of "The Catcher in the Rye," has died. He was 91.

Salinger died of natural causes at his home in Cornish, N.H., on Wednesday, his son said in a statement through Salinger’s literary representative, Harold Ober Agency.

"Catcher," which introduced the world to the angsty teen anti-hero Holden Caulfield, has sold more than 60 million copies worldwide since it came out in 1951.

Six decades later, the sharp-witted but attention-deficient Caulfield, ever impatient with "phonies" and not content to suffer social norms, remains one of the most beloved literary characters of all time. His account, given from a mental facility, details a madness spiral that is fueled almost entirely by an inherent distaste for authority and the cultural constraints of adulthood, making Caulfield a hero to each generation of youth that — irony of ironies — almost inevitably discovers him within the American literary curriculum.

But at some point, Salinger’s hate of fame became his other claim to it — he rarely left his small, out-of-the-way home, shunning offers from the likes of Steven Spielberg and Harvey Weinstein to turn his book into a film, almost never granting interviews, and litigating against attempts to extrapolate on his works or pull back the curtain on his life.

It was rumored that he spent decades writing — but only for his own pleasure, he insisted, never for consumption by the legions of fans who were left with mostly scraps: the collection "Nine Stories," the novel "Franny and Zooey," and precious little else.

Whether Salinger’s estate will release his works is almost assuredly reliant on the author’s wishes.

In other words, don’t count on it.

Complete text of the statement:

It was announced by his son, on behalf of the family and through the Harold Ober agency, that J.D. Salinger died peacefully yesterday, January 27, of natural causes at his home in New Hampshire at the age of 91. Despite having broken his hip in May, his health had been excellent until a rather sudden decline after the new year. He was not in any pain before or at the time of his death.
He is survived by his wife, Colleen, his son Matt, his daughter Margaret, and three grandsons, Gannon, Max and Avery. He is also survived by his ex-wife and mother of their children, Claire Douglas. In keeping with his life long, uncompromising desire to protect and defend his privacy there will be no service, and the family asks that people’s respect for him, his work, and his privacy be extended to them, individually and collectively, during this time.
Salinger had remarked that he was in this world but not of it. His body is gone but the family hopes that he is still with those he loves, whether they are religious or historical figures, personal friends or fictional characters.
He will be missed by the few he was close to every bit as much as by the readers who loved reading him.
More to read:
Harry Potter Is J.D. Salinger’s Spiritual Grandchild