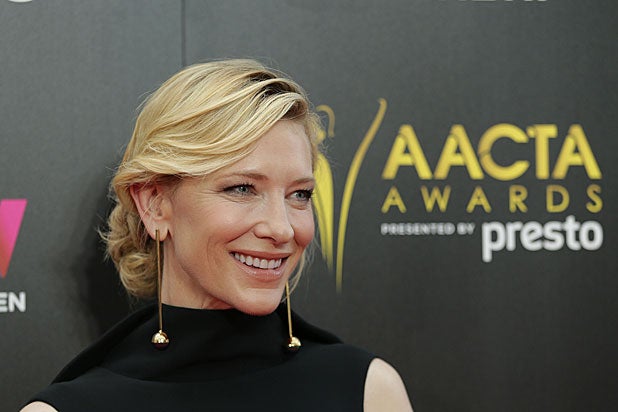 Cate Blanchett is in talks to join the cast of Marvel’s “Thor: Ragnarok” as a female lead, TheWrap has learned.

The casting news came Thursday, hot on the heels of Blanchett’s best actress Golden Globe earlier in the day for “Carol.”

The third “Thor” film will mark the Australian actress’ first major comic book role and her addition was revealed a week after the Marvel Studios project hired Stephany Folsom to polish the script.

Taika Waiti, who helmed “What We Do In the Shadows,” is set to direct with Chris Hemsworth returning to play the title role. Mark Ruffalo (also nominated for a Golden Globe Thursday) will reprise his role as The Hulk, while Tom Hiddleston plays Loki. Jaimie Alexander also stars.