While 2015 was the year that firemen plodded through the penthouse of the Chateau Marmont in West Hollywood during the “Best Performances” bash for some stargazing, it’s a blessing they did not return to find this year’s installment so packed with Globes nominees and Oscar contenders it was as if they were all riding a Tokyo subway at rush hour.

Whether posing for pictures or navigating to the bar, everyone was in close contact.

Thankfully, the red lightbulbs casting an alarming hue over the entire sixth floor of the Sunset Strip haunt on Thursday night had nothing to do with alarms or flame, and the decor was aimed to set the tone of the party: a giant photographer’s darkroom. 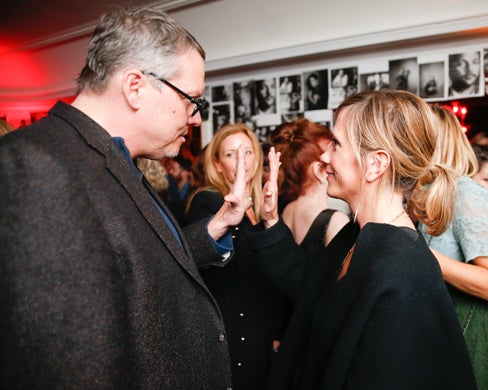 W editor Lynn Hirschberg and Stefano Tonchi’s annual bash in support of the magazine’s February issue — celebrating Cate Blanchett, Rooney Mara, Alicia Vikander, Brie Larson, Elizabeth Banks, “Room” boy-wonder Jacob Tremblay and Kristen Wiig on the pages and in person — was so packed you could not see the walls.

Oversized black and white tear sheets of the stars above — plus Seth Rogen, Jake Gyllenhaal and Jane Fonda — hung on clotheslines with hundreds more postcard-sized pics strewn on the floor, making the bash a giant photographer’s “dark room” mashed with a casting session that deteriorated over drinks. 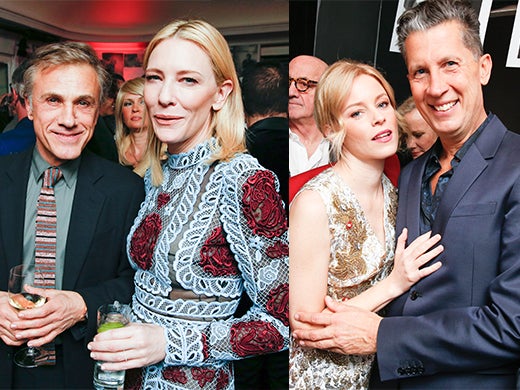 “There’s way too many clothes on here for this to be a casting session,” one high-profile artist cracked back at my suggestion.

“I was here for GQ Men of the year,” it-guy Rami Malek told Chateau proprietor André Balazs after being introduced by talent manager Alex Shekarchian. “This is unrecognizable,” Malek said of the décor. 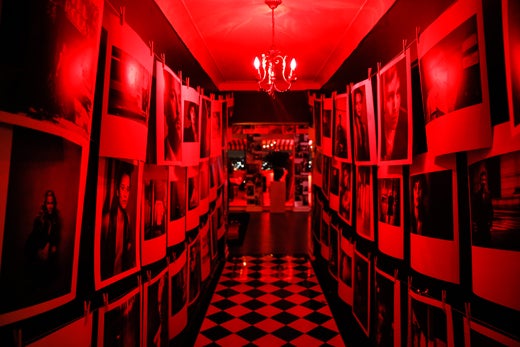 Quentin Tarantino could only move with the pace of a president working the handshake line being stopped for by more people than not. On his screeching, UFC-style introductions at the world premiere of “The Hateful Eight” exactly a month earlier, he said “That was a great show.” 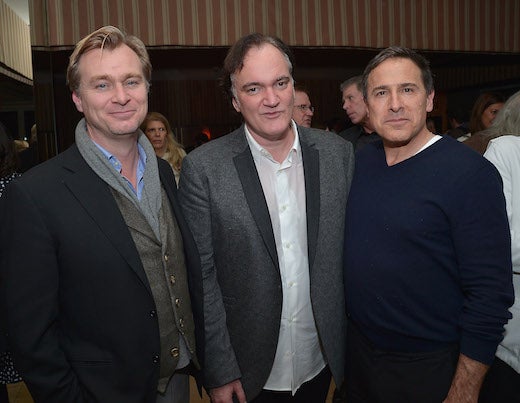 Christopher Nolan, Quentin Tarantino and David O. Russell at the Sunset Tower for a “Hateful Eight” celebration on Jan. 4 (Charley Gallay/Getty Images for The Weinstein Company)

It was Tarantino‘s second of at least three “Hateful” bashes this week, as his directing peers and alumni, like Christopher Nolan, David O. Russell, Nicholas Jarecki, Jamie Foxx, Courtney Love, Goldie Hawn and more, feted the director at an intimate gathering at the Sunset Tower in West Hollywood on Monday night. After the Globes on Sunday, the Weinsteins and Netflix have a massive tent going up on the old Robinson’s May lot in Beverly Hills. 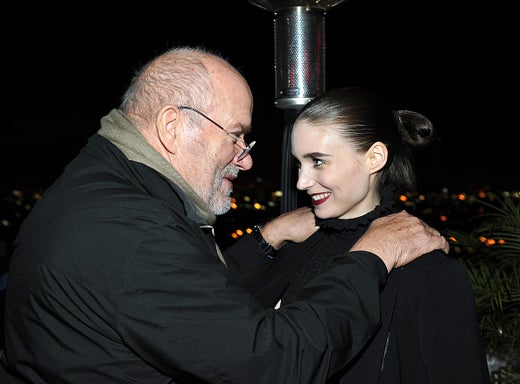 But on Thursday night before the madness, hosts Hirschberg and Tonchi imported DJ Pascal Moscheni, a smart match for the sound designer behind high fashion runway shows, who was a hit with the non-Hollywood guests from art, fashion, and music such as musician Caroline Vreeland and hatmaker Nick Fouquet. Dom Perignon flowed freely, with organizers grabbing multiple bottles at a time of a 2006 vintage making its L.A. debut. 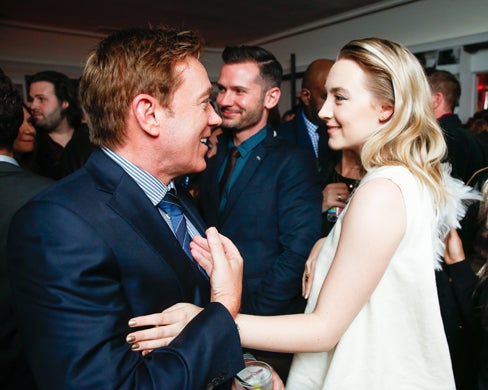 Jennifer Jason Leigh, Aziz Ansari and “Mad Men” creator Matthew Weiner made a “Lateful Three” as the party moved down six floors to the lobby spurred on by W’s Hirschberg, who was looking for a Scotch, while “Love and Mercy” and “Youth” star Paul Dano worked the autograph hounds outside. 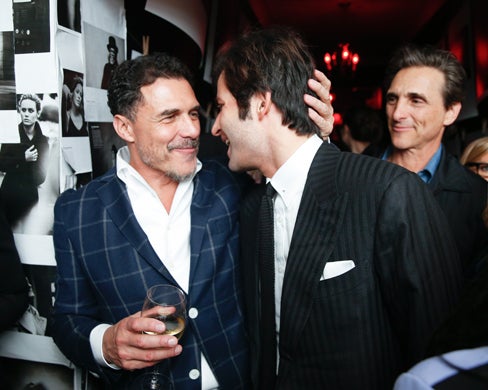 It may only be the first week of 2016, but already 2017 was in the mix in the form of 2017 Audi Q7s shuttling guests away, a welcome new partner to the party in lieu of what had traditionally been their night also for a separate bash. 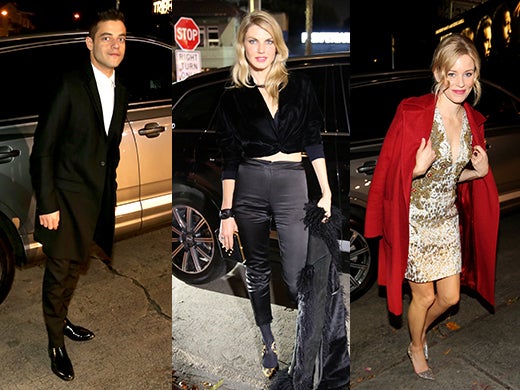 Some stars headed for a Netflix gathering as others murmured about a Ron Burkle hosted-bash at the famous estate on Friday night. 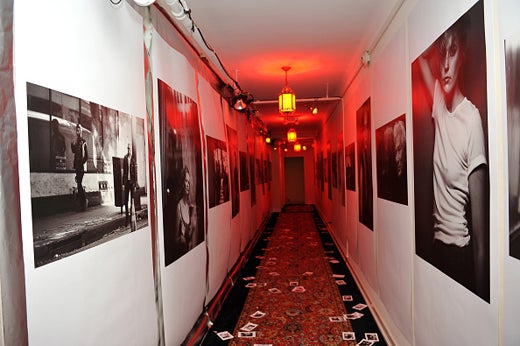 “Who wants a Seth Rogen looking serious?” was heard as guests later began plucking the artistic one sheets off the wall. (Jake Gyllenhaal and Alicia Vikander proved to be the most popular amongst the photo piranhas).

For a sometimes stiff fashion crowd of artists, models and musicians, this was their best performance of the night. 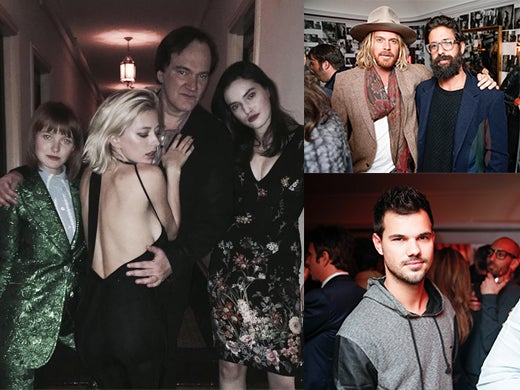