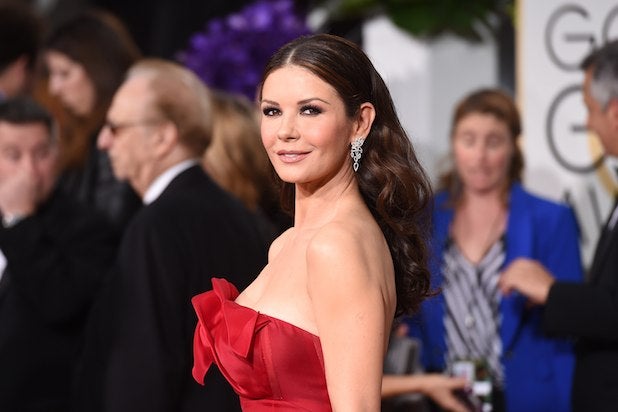 Catherine Zeta-Jones will play the leading role in  “Queen America,” an upcoming show on Facebook Watch, TheWrap has confirmed.

Facebook has green lit 10 episodes of the one-hour dark comedy series. Zeta-Jones will play Vicki Ellis, a cutthroat pageant coach in Tulsa, Oklahoma, who is tasked with coaching a luckless Samantha Stone into a Miss America contender.

“Queen America” is created, written, and executive produced by Meaghan Oppenheimer, best known for writing on “Fear the Walking Dead.” Made Up Stories’ Bruna Papandrea and Casey Haver, and Entertainment 360’s Guymon Casady and Suzan Bymel will also executive produce alongside Janice Williams.

The show is the first straight-to-series order for wiip, a new independent studio spearheaded by longtime TV executive Paul lee. Made Up Stories will serve as wiip’s co-studio partner.

“wiip is focused on creating extraordinary content that remains true to the authentic vision of artists who want to take creative risks to tell original stories,” said Lee in a statement.  “We are thrilled to collaborate with Meaghan, Bruna, Entertainment 360 and their remarkable creative team, along with our partners at Facebook Watch, to bring this uniquely dark, female-driven comedy, starring celebrated actress Catherine Zeta-Jones, to audiences around the world.”

Zeta-Jones won an Oscar for Best Supporting Actress for 2002’s “Chicago,” and recently starred in the Lifetime movie “Cocaine Godmother.” She’s also known for her roles in “The Mask of Zorro” and “Traffic.”

“I’m so excited to be making this show, set in my hometown of Tulsa, Oklahoma — and beyond grateful to be partnered again with Bruna Papandrea, who has championed this project from its earliest stages and proven to be one of the biggest supporters of women in the industry,” said Oppenheimer in a statement. “We have been very lucky to have found such great collaborators in wiip, Entertainment 360, and Facebook. To have one of my favorite actresses, Catherine Zeta-Jones, bringing this character to life is a dream come true.”