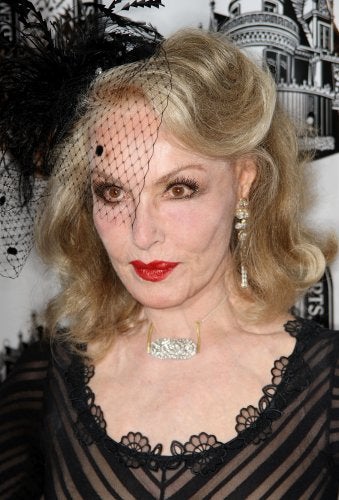 Last year Julie Newmar, who played Catwoman on TV’s campy "Batman" in the 1960s, reported to police that $25,000 of her jewelry had been taken from her West L.A. home some time between Oct. 25 and Nov. 3.

Newmar eventually spotted the gems on Ebay — allegedly posted by an Illinois pawnbroker. Fast forward to Nov. 19 of this year, when cops nabbed West L.A. resident Robert Ouriel, 48, for the theft.

Ouriel, an acquaintance of Newmar’s, posted $50,000 bond but Wednesday was charged with stealing the jewelry and, the district attorney alleges, shipping it to his Illinois hock-shop pal.

Photos on the Celebrity Photo website show Newmar and Ouriel posing for photographers nearly four years ago at a memorabilia collector’s show in Burbank.

Thursday, Ouriel, who reportedly is a lawyer by training but who is not licensed to practice in California, will tell a judge how he intends to plea — he faces a possible three-year sentence.

The arraignment is scheduled for the Airport Superior Court.