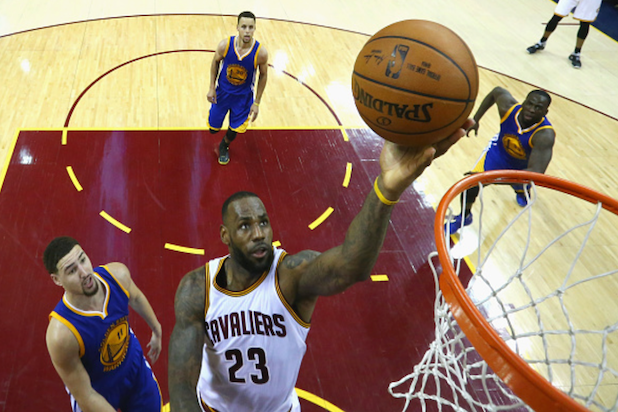 The fat lady has officially sung the Golden State Warriors to sleep, and the just-buzzered NBA Finals averaged 20.2 million total viewers per game — the most for the championship series since 1998.

Sunday’s Game 7 alone hit 30.8 million linear audience members — tops since Michael Jordan closed out Game 6 of those ’98 finals. That was the other No. 23’s last NBA Championship.

The Finals finale was also the most-watched NBA game ever on WatchESPN, with 96.3 million total minutes streamed. The app earned 1.8 million unique viewers, with an average audience minute of 598,000. That’s the most for a non-World Cup event ever on WatchESPN.