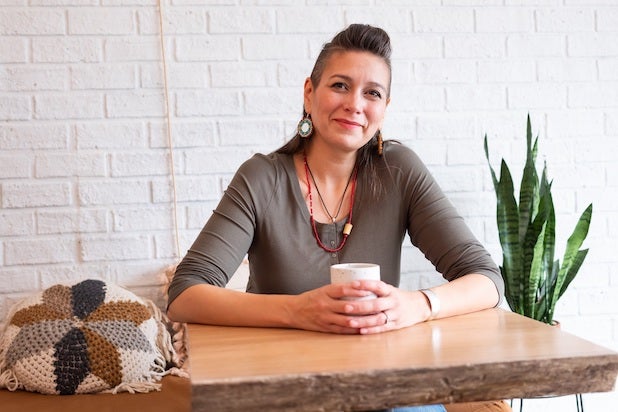 CBC Radio host Christine Genier has resigned from her position as the host of “Yukon Morning,” criticizing Canadian media’s complicity with the “continued oppression of Black and Indigenous Voices” in a public post on her Facebook page.

Genier — who is a woman of the Wolf Clan and a citizen of the Táän Kwách’än Council — said in her post that she submitted her resignation shortly after speaking out on her program last Monday about the lack of Indigenous representation in mainstream Canadian media.

“It is difficult to have a voice as strong as mine, knowing that I’ve been told it is strong, and I hear it now. To be on Tagish Chän territory, Wolf Clan territory, and to not be able to speak the truth is difficult. It contradicts and conflicts with the Journalistic Standards and Practices of the CBC. This is painful and makes the job difficult. And it makes it ineffective,” Genier said in a clip that was shared on Twitter by another CBC journalist. “We get told that it takes time to move a ship. It’s an analogy I’ve heard often. And all it costs is time for mainstream media, but it is costing us bodies, and it’s costing us lives. … It is costing us our stories.”

In her Facebook post, Genier said she had spent the past week unpacking her experience at CBC, the “unconscious and conscious biases and systemic racism of the mainstream media in Canada,” mainstream media’s “complicit nature in the continued oppression of Black and Indigenous Voices our country” and how CBC’s Journalistic Standards and Practices was “written through the colonial lens, perpetuates the systemic racism and blocks our ability to bring the stories and language and culture to the programming.”

Genier said she had been in conversation with management at CBC and pitched that the broadcaster should have a “public discussion about its historical culpability in the colonization of this land and its People, and to offer its action plan on changed behaviour,” as well as to hire Indigenous and Black producers and create a culture where staff feel comfortable speaking up about hostile workplace behavior, while those “perpetuating the behavior can engage in conversation without fear of reprisal if they are ready to show up for the conversation.”

But while she had hoped she could create the change from within, Genier said the situation had reached a tipping point.

“I believe the CBC to be one of our most important institutions. That is why I am doing this. I wanted to be a part of the change from the inside as well. I’ve heard many times over the analogy that it takes a long time to steer a ship. I understand that. I’m telling you…it is the Titanic, and I’m the guy in the crow’s nest screaming ‘ICEBERG STRAIGHT AHEAD!,'” Genier wrote. “We are out of time.”

A spokesperson for CBC confirmed to TheWrap that Genier had left “Yukon Morning” and that they were “sorry to see her go.”

“Christine is a powerful storyteller who helped us contribute to the conversation in Whitehorse. We thank Christine for her time with CBC Yukon; she will be missed,” Chuck Thompson, CBC’s head of public affairs, said.