CBS All Access has finally given a name to its upcoming “Star Trek” series with Patrick Stewart: “Star Trek: Picard.”

The name was announced, with a logo (which you can below), during CBS’ upfront presentation on Wednesday.

The show will see Stewart reprise his role as Jean-Luc Picard, which he played for seven seasons on “Star Trek: Next Generation.” Picard will be the central character in the new sci-fi series and follow him through the next chapter of his life.

CBS is keeping quiet about character and plot details, only sharing that the new, untitled series will see Stewart reprise his role as the “Star Trek: The Next Generation” captain in “the next chapter of his life.” During the Television Critics Association Press Tour earlier this year, co-showrunner Alex Kurtzman teased a Picard that may look quite different for fans of the series. “It’s been 20-plus years, so he couldn’t possibly be that same person anymore,” Kurtzman said.

No premiere date has been announced, but the show is slated to debut at the end of 2019. 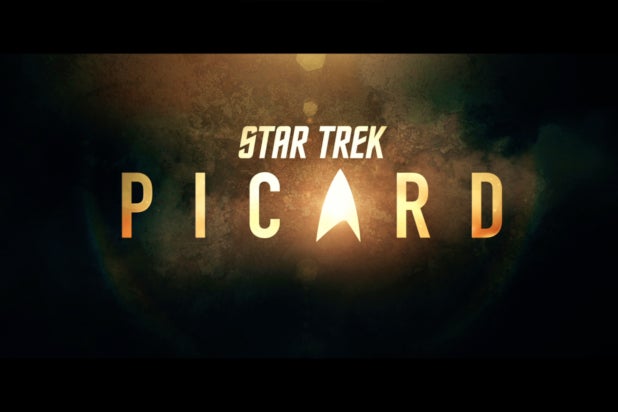