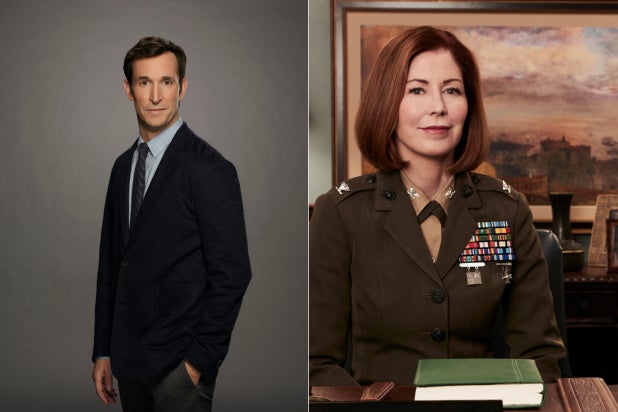 CBS has announced a pair of spring premiere dates for new series, “The Code,” and Ava Duvernay’s event series, “The Red Line.”

“The Red Line,” from Duvernay and fellow uber-producer Greg Berlanti, will debut on Sunday, April 28 at 8 p.m. ET/PT, following the conclusion of the first season of “God Friended Me.” The eight-episode event series will air on a truncated schedule — it will air two episodes, back-to-back, over four consecutive Sundays.

The series, which stars Noah Wyle, follows three very different Chicago families as they journey toward hope and healing after a tragedy connects them all.

“‘The Red Line’ is a serialized drama with compelling characters and provocative themes that we expect viewers will want to watch more than one hour per week, so we wanted to eventize it and try something unique with two-hour blocks over four weeks,” said Noriko Kelley, executive vice president, program planning and scheduling, CBS Entertainment.

“The Code” will premiere on Tuesday, April 9 at 9 p.m. ET/PT, behind an episode of “NCIS,” before moving to its regular time slot on Mondays at 9 p.m ET/PT the following week. It will take over for “Magnum, P.I.” after it finishes out its freshman season.

“The Code” is a drama about the military’s brightest minds who take on our country’s toughest legal challenges, inside the courtroom and out, in the only law office in the world where every attorney is trained as a prosecutor, a defense lawyer, an investigator – and a Marine. After the pilot was picked up, CBS recast the roles played by Dave Annable and Mira Sorvino — the male lead and a series regular, respectively — replacing them with Luke Mitchell and Dana Delany, respectively.

Finally, CBS has set the third season of “Ransom” to premiere Saturday, Feb. 16 at 8 p.m ET/PT, leaving only “Instinct” and the final season of “Elementary” without return dates.