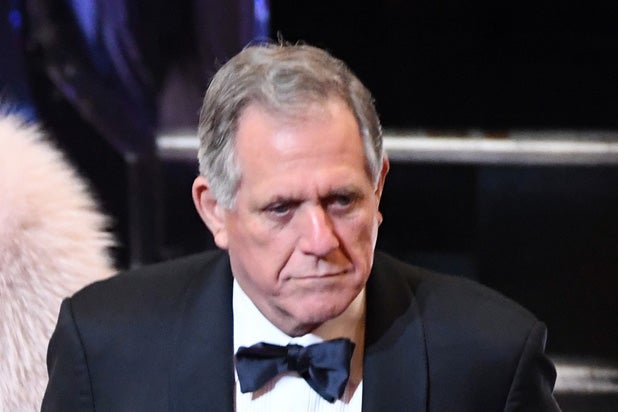 Leslie Moonves will remain as CEO of CBS Corporation while accusations of sexual misconduct against the Hollywood kingpin are investigated by outside council.

“CBS Corporation announced today that its Board of Directors is in the process of selecting outside counsel to conduct an independent investigation. No other action was taken on this matter at today’s board meeting,” said the company in a statement.

The board meeting — previously scheduled to discuss CBS’s upcoming earnings  — had been forced to redirect its attention after Moonves was accused of forcibly touching and kissing women during business meetings. Pulitzer Prize-winning journalist Ronan Farrow chronicled the accusations in his latest report on Hollywood sexual misconduct for the New Yorker.

Additionally, the CBS board postponed its upcoming annual meeting of stockholders that was previously scheduled for Aug. 10. CBS is set to release its second-quarter 2018 earnings on Thursday after the stock market closes. Moonves would ordinarily be part of the afternoon’s accompanying conference call, which includes a Q&A period with media analysts.

In Farrow’s New Yorker story, six women accused Moonves of sexual harassment, with four of them accusing the CEO of forcibly touching or kissing them during business meetings, and two saying he physically intimidated them or threatened to derail their careers. All of the women, including actress and writer Illeana Douglas, told Farrow that they feared retaliation if they spoke out.

Thirty current and former employees of CBS told Farrow “that such behavior extended from Moonves to important parts of the corporation, including CBS News and ’60 Minutes,'” adding that 19 employees said former chairman of CBS News and current “60 Minutes” executive producer Jeff Fager allowed harassment within the network’s news arm.

“I recognize that there were times decades ago when I may have made some women uncomfortable by making advances. Those were mistakes, and I regret them immensely,” Moonves said in a statement. “But I always understood and respected — and abided by the principle — that ‘no’ means ‘no,’ and I have never misused my position to harm or hinder anyone’s career.”

Hours before the New Yorker published its exposé online, the network said it was opening an investigation into accusations of sexual misconduct, though who was being investigated was not mentioned.

The accusations come amid an entrenched legal battle at the company with controlling shareholder Shari Redstone, who had been trying to convince Moonves and CBS to merge with sister company Viacom.

Tony Maglio and Rosemary Rossi contributed to this report.