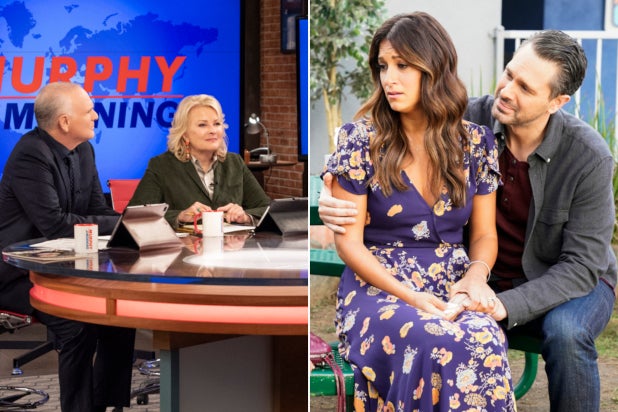 CBS has begun to cull its roster, cancelling four series on Friday including the “Murphy Brown” revival and “Life in Pieces” after 4 seasons.

Along with those two, CBS has cut a pair of other freshman comedies in “Happy Together” and “Fam.” This means that “The Code” and “Ransom” are all that’s left for CBS to make a final decision on, with “Blood & Treasure” and “Instinct” not airing until the summer.

“Happy Together” was loosely based on Harry Styles’ early years in One Direction, starred Damon Wayans Jr. and Amber Stevens West as a young couple whose lives were thrown into chaos when an up-and-coming pop star (Felix Mallard) moves into their home. “Fam” starred Nina Dobrev, Tone Bell and Gary Cole.

“Life in Pieces” is in the middle of its fourth season, while “Murphy Brown” last aired in December. Unlike other revivals in “Roseanne” (which has since been refashioned into “The Conners”) and “Will & Grace,” the Candice Bergen-led sitcom didn’t receive the same warm welcome from viewers.

On Thursday, CBS renewed six series including “Bull” — though producer Amblin Television dropped out shortly after — bringing the total number of returning series to 18, while ordering seven new shows.

Among the comedies ordered at CBS were Chuck Lorre’s “Bob Hearts Abishola,” Patricia Heaton’s “Carol’s Second Act” and “Broke” from “Jane the Virgin” creator Jennie Snyder Urman. The Peyton Reed-produced “The Unicorn” with Walton Goggins and Rob Corddry was also picked up.